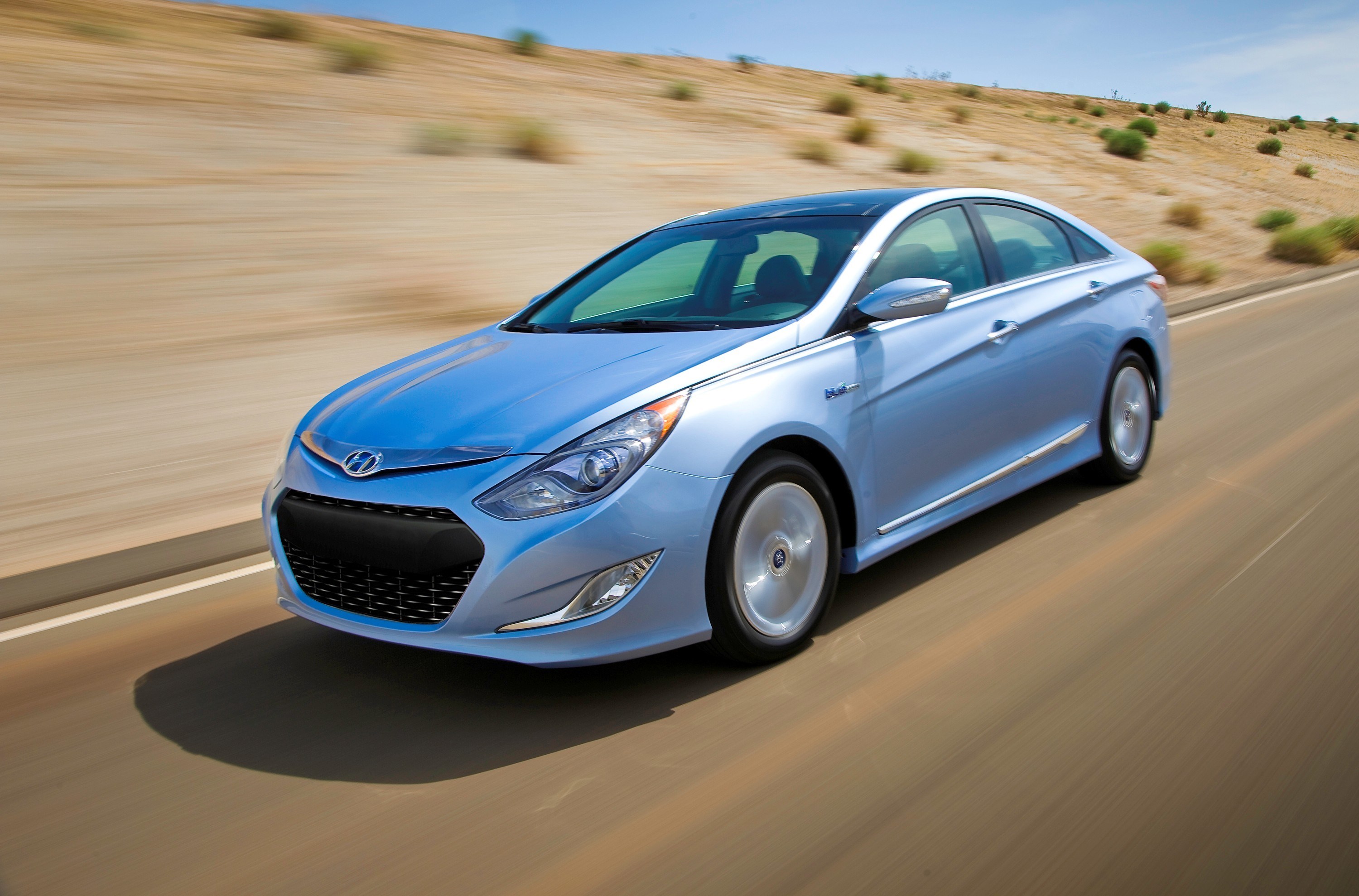 Hyundai Motor said it plans to sell 18,000 units of its new Sonata hybrid in the local market this year, as well as expand the green car market at home by building all-wheel drive green cars and next-generation plug-in hybrids. (image: Hyundai Motor)

The two automakers sold a combined 62,648 units of their hybrid cars in their home market and in the United States last year, compared to the 6,312 units registered in 2009, according to industry data. Of the figure, 34,828 units were sold in the U.S. market while 27,820 units were sold in South Korea.

Accumulated sales of the hybrids stood at 221,490 units last year, of which the Sonata hybrid midsize sedan from Hyundai Motor took up more than half at 114,778 units, the data showed.

The rise in numbers came as carmakers have unveiled plans to further diversify their hybrid options for customers, along with the newly-implemented government subsidies given out to buyers of hybrid cars.

Hyundai Motor said it plans to sell 18,000 units of its new Sonata hybrid in the local market this year, as well as expand the green car market at home by building all-wheel drive green cars and next-generation plug-in hybrids. Kia Motors has also said it plans to launch an updated hybrid version of its K5 sedan.

Also, starting this year, the South Korean government will give 1 million won (US$923.70) in subsidies to those buying one of eight types of midsize hybrid electric vehicles sold on the market.

“Demand for the hybrid vehicles are rising as the initial cost to buy them are now lower with the government subsidy, along with the fact that carmakers are rolling out more fuel-efficient models that also have similar levels of performance as non-hybrid cars,” an industry official said.

Imported hybrid car sales grew 32.6 percent to 7,736 units last year compared to 2013, data showed. The market share of the environment-friendly cars among all imported cars also moved up to 3.9 percent from the previous 3.7 percent over the cited period.