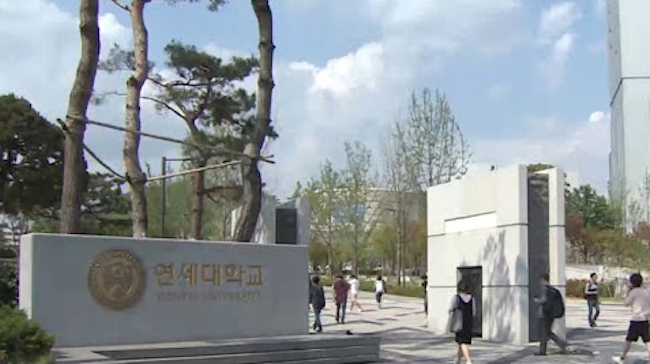 As society moves forward into the Internet-of-Things age, academic research on pressure sensors through upgrading the sensitivity and pliability of surface microstructures is going strong.

Typically, the development process of surface microstructures is both arduous and expensive, comprising various facets such as photolithography and etching.

Paper, which inherently possesses an uneven, rough surface, was selected as a research option, since the material is both inexpensive and can be mass-produced.

The Yonsei researchers were able to place hypersensitive pressure sensors by taking advantage of paper’s bumpy surface at the microscopic level. Due to the inherent uneven surface of paper, two sheets do not align perfectly when placed on top of one another, creating a tiny sliver of air between them.

Placing electrodes on the paper’s surface with pencils, this was layered over with an extremely slim coating of a dielectric – a substance that can transport electric force and also act as an insulator.

Paper, which inherently possesses an uneven, rough surface, was selected as a research option, since the material was both inexpensive and can be mass-produced. (Image: National Research Foundation of Korea)

The pressure sensor works by registering the static electricity discharged by the fingertips when pressing down on the specially designed paper’s surface. The minuscule surface peaks and valleys of two sheets of paper pressed together pick up exerted pressure more efficiently, maximizing the pressure sensor’s effectiveness. Its performance is analogous to differentiating the individual weight of a single grain of rice.

With their paper invention as a base, the developers then created a keyboard, designating individual pressure points as keys and introducing a detection system that would spell capital letters depending on the amount of pressure exerted.

Besides the obvious advantages of being modestly priced, the keyboard can also be easily carried around in one’s back pocket without losing its capabilities; the research team asserted that its performance did not suffer even after folding and unfolding it over a thousand times.

Now that the experiments have concluded, the researchers have stated the paper used will either be distributed to colleagues or recycled.