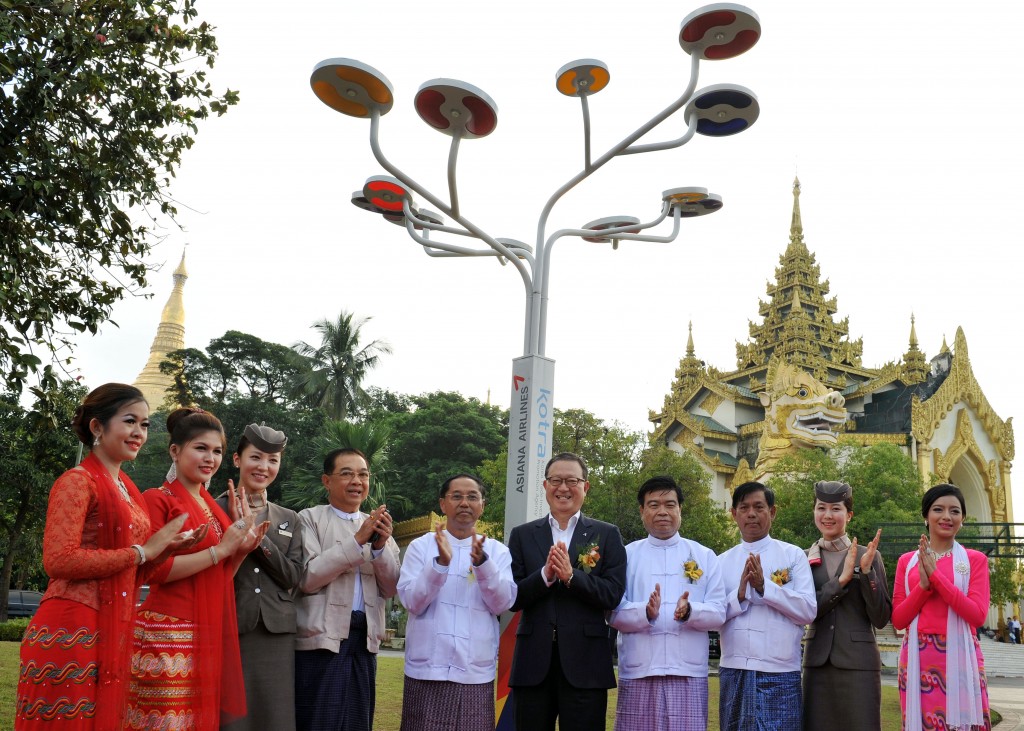 President Yoon of Asiana Airlines said, “As the solar-powered streetlamps keep the golden pagoda bright at night, everyone visiting this beautiful place will realize the intimate relationship between Myanmar and Korea.”

One solar-powered streetlamp can save up to 230 kilograms of carbon dioxide emissions a year comparing to lighting an incandescent lightbulb. The company has donated solar-powered lighting devices to developing countries in which it has destinations, including 50 streetlights near Angkor Wat, Cambodia, and 40 in Da Nang, Vietnam. Next year, it will install 25 streetlamps in Indonesia’s Jakarta.