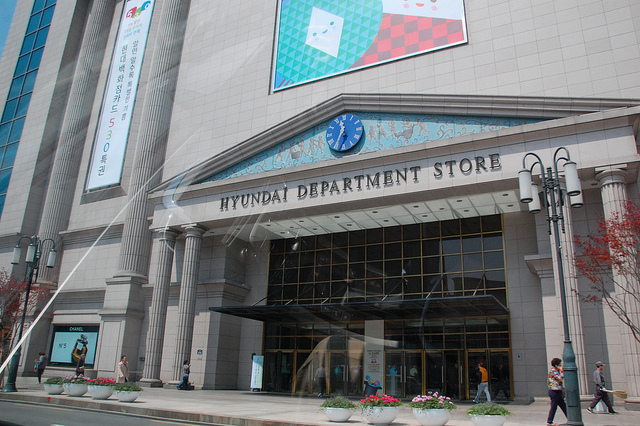 Hyundai’s acquisition of WiniaMando is part of its strategy to expand businesses away from the already-saturated retail industry. (image: CTUCC/flickr)

On August 10, the department store announced that it signed an agreement with Citi Venture Capital International to take over the 100 percent share of WiniaMando at around 150 billion won (US$145 million). An official at the department store said, “Now, we are preparing for the due diligence process, actual payment and date will be confirmed after the inspection.”

Hyundai’s acquisition of WiniaMando is part of its strategy to expand businesses away from the already-saturated retail industry. The department store operator has worked its way into the broader business opportunity by purchasing companies in other industries including Handsome, a fashion company, in 2012 and Livart, a furniture manufacturer, in 2013.

It plans to sell fashion, furniture and electronics items through its retail channels. A Hyundai official said, “We are expecting synergy effects between our distribution channels and the manufactured products for our consumers.”

WiniaMando supplies home appliances including air-conditioners and air washers, as well as refrigerators. It posted sales revenue of 412.8 billion won last year. Given the fact that Halla Group, former parent company of WiniaMando, was founded by Chung In-young, the younger brother of the late Hyundai Group founder Chung Joo-young, it is returning to the Hyundai family after 15 years since it was sold to the private equity fund in 1999.