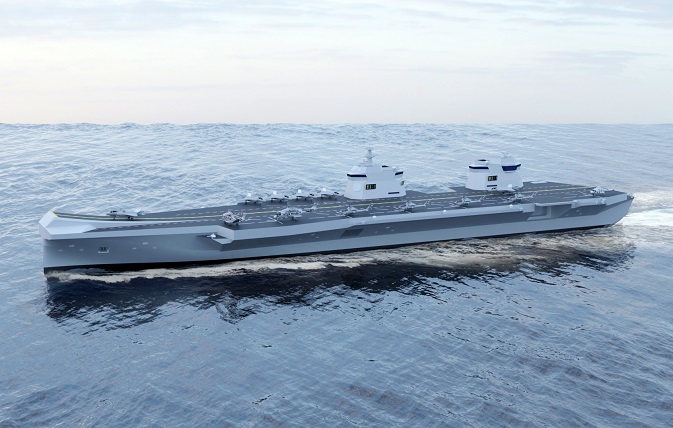 This image provided by Hyundai Heavy Industries Co. on Sept. 1, 2021, shows an aircraft carrier model proposed by the shipbuilder.

Under the deal, the two companies will team up to receive an order for the 30,000-ton aircraft, Hyundai Heavy Industries said.

The project, CVX, has been pushed by the country’s Navy, which is scheduled for completion in 2033.

Hyundai Heavy and Bobcock carried out a conceptual design for the aircraft last year, which was commissioned by the Navy.

A conceptual design, the first step of ship construction, refers to the basic concept and characteristics of the vessel before confirming its specifications and required technologies.

Hyundai Heavy Industries has been building naval ships since 1975.