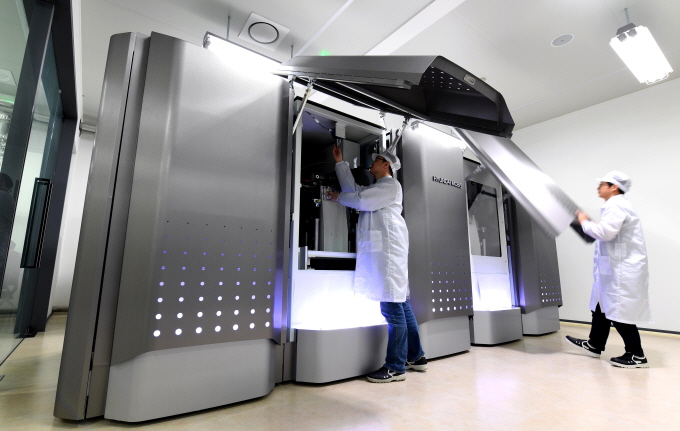 The generator employed at the company’s Chungju factory, 147 kilometers southeast of Seoul, is equipped with fuel cells powering the midsize Nexo SUV.

The Nexo hydrogen fuel cell electric vehicle (FCEV) is made by Hyundai Motor Co., a sister company of Hyundai Mobis. Both are affiliates of Hyundai Motor Group, the world’s fifth-largest automotive conglomerate.

It marks the first time the company is applying the specially arranged fuel cell stacks to supply power to something other than a vehicle, a Hyundai Mobis representatives said.

The 450-kilowatt power generator is made up of five stacks used on the FCEV and is equivalent to 7 percent of the electricity needed at the plant.

The automotive conglomerate earlier said it is committed to making full use of hydrogen fuel-cell technology, stressing it will increase annual production going forward.

“The hydrogen power generator system in the Chungju factory is the first step to realize a hydrogen society by utilizing core technology of the FCEV,” the company said.

It said that once hydrogen as a energy source becomes more abundant, such generators will become price competitive vis-a-vis fossil fuel. They have an added benefit of producing very little noise and release nothing harmful into the environment,

The know-how can further be used to power ships, drones, planes and various machinery.