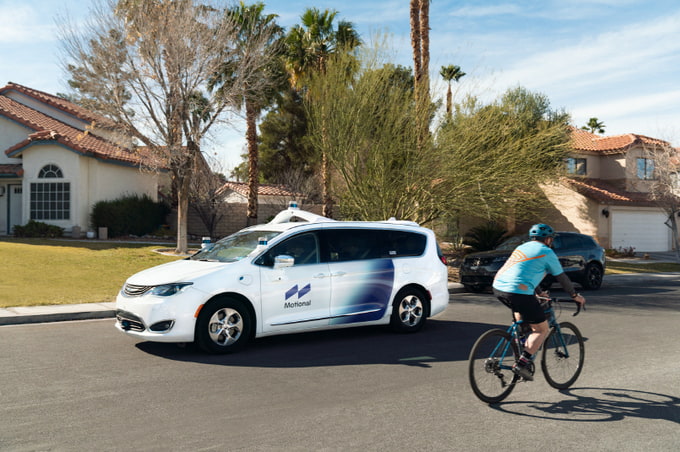 An self-driving vehicle by Motional, a joint venture between South Korean automaker Hyundai Motor Group and U.S. mobility startup Aptiv, conducts a test driving on a road in Las Vegas on Feb. 23, 2021, in this photo provided by Motional.

Chung tested a self-driving Ioniq 5 electric vehicle during his visit to Motional’s Boston headquarters and discussed ways to expand the partnership with its senior executives, Hyundai Motor said.

The chairman made his first visit to Motional since Hyundai Motor and U.S. mobility startup Aptiv formed a US$4 billion joint venture in March 2020.

Motional in February tested self-driving vehicles on public roads in Las Vegas, becoming one of the world’s first companies to achieve Level 4 autonomy.

Motional aims to launch a commercial robotaxi service on select U.S. routes by 2023 in partnership with the ride-sharing platform Lyft, and Hyundai’s Ioniq 5 has been on roads for testing, the automaker said. 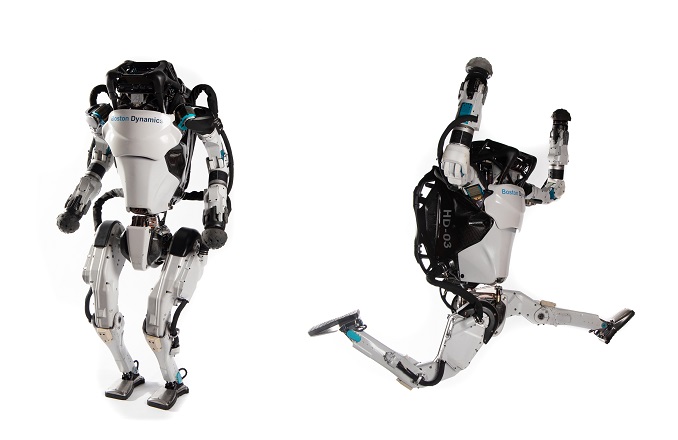 Boston Dynamics’s walking robot is seen in this photo provided by Hyundai Motor Group on Dec. 11, 2021, which acquired a 80 percent stake in the U.S. robot startup.

In December, the world’s fifth-largest automotive group acquired an 80 percent stake in Boston Dynamics, which is famous for its dog-like robot Spot, for $1.1 billion to leverage its robotics technology in other industrial areas.

Chung’s second U.S. visit this year shows his commitment to foster new growth drivers in the key market as the group announced plans to invest 8.1 trillion won in the U.S. by 2025 to expand its presence in EVs and the smart mobility solutions area.