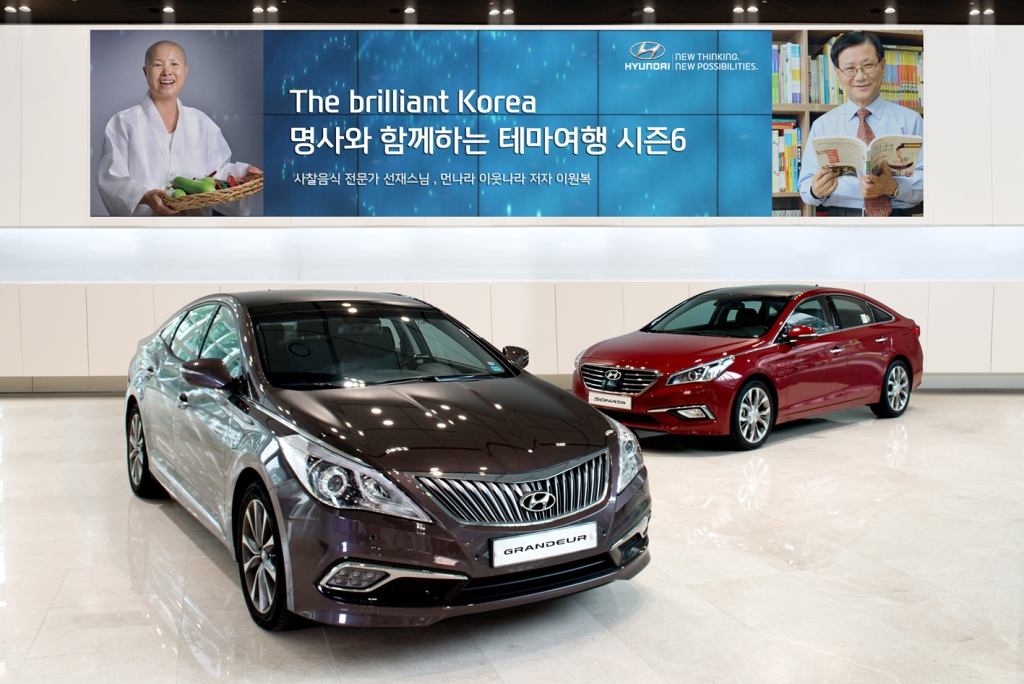 Since 2012, the company has provided a select number of people with opportunities to meet prominent figures and spend time with them. (image: Hyundai Motor Group)

SEOUL, Aug. 12 (Korea Bizwire) – On August 10, Hyundai Motor Group announced that it would hold the Brilliant Korea Season 6, a trip event with a well-known person with various themes, which is including one trip in September and the other in this October.

Since 2012, the company has provided a select number of people with opportunities to meet prominent figures and spend time with them. As it has received enthusiastic responses, Hyundai holds the sixth event this year.

Anyone who drives Hyundai cars can enter for the event by visiting the website (www.hyundai.com) or a nearby Hyundai dealership, and choosing one of the events in which they want to participate. A total of 140 participants, or 70 people per each trip, who are chosen will have a chance to take an overnight trip with a distinguished person.

A list of winners will be announced on the website on September 17 and October 1 respectively. A detailed itinerary will be posted on the Internet or available in nearby dealerships.

A Trip for Enjoying Buddhist Cuisine with Priest Sun-jae

The theme of the first trip from August 27 through 28 is to enjoy Korean temple cuisine with Priest Sun-jae. The program will include visiting the Kimchi village, sightseeing temples such as Mihwang and Daeheung temples near Haenam, South Jeolla Province, and trying temple cuisine. Also, participants will have time to talk with Priest Sun-jae, who is an expert in Buddhist cuisine and author of books on the cuisine, about health, life, and Buddhism. People who want to attend can enter for the program by September 14.

The second overnight trip from October 10 is to enjoy wine, visiting a winery in Yeongdong in North Chungcheong Province, and Bandi Land in Muju in North Jeolla Province. Besides, people who attend the program will have an opportunity to talk about wine with Prof. Lee, who published comic books on the histories and cultures of foreign lands, the ‘Distant Countries and Neighboring Countries’ series, and wine comics, ‘Wine World and World’s Wine.’ Hyundai vehicle drivers can enter for the event by September 28.

“Through the event, we want to give new experiences with Hyundai philosophy to participants, a Hyundai Motor official said. “We are also going to come up with various novel events to satisfy our customers in the future,” he added.