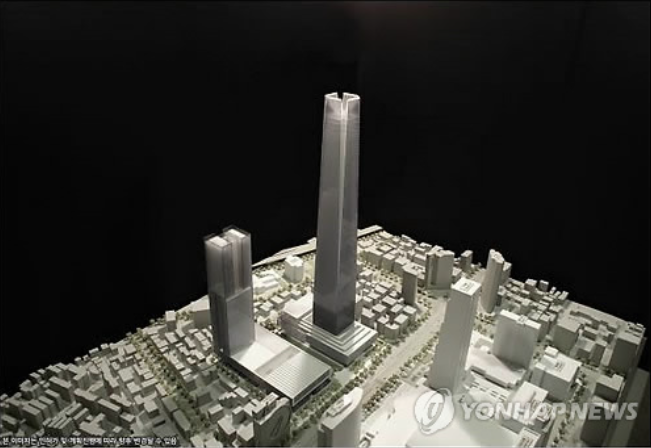 The building planned by the group would be 571 meters tall and have a floor area ratio of 799 percent. It will be made up of offices, a convention center, hotel and shopping area. (image courtesy of Yonhap)

The building planned by the group would be 571 meters tall and have a floor area ratio of 799 percent. It will be made up of offices, a convention center, hotel and shopping area.

The conglomerate bought the 79,345-square-meter plot of land in southern Seoul for a staggering 10.55 trillion won (US$9.63 billion) in September last year.

Hyundai, South Korea’s second-largest family-run business group, said the convention center alone will cover 15,000 square meters of floor space. This, it said, could augment the extensive exhibition halls at COEX across the street.

The convention facility is in line with plans by municipal authorities to turn the neighborhood into a world-class meeting, incentive, convention and exhibition industry (MICE) region.

City officials plan to convene a meeting of experts to review the proposal to see what impacts the building plan will have on traffic and the nearby environment.

Sources at the finance ministry said Hyundai may be able to skirt the corporate income recirculation tax by building the skyscraper and convention space. 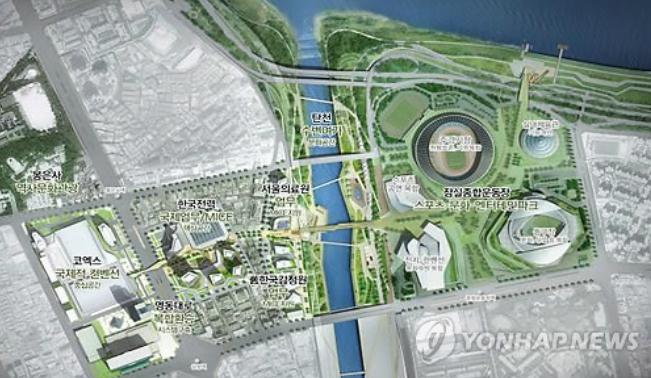 “It is highly likely that the new building will be considered as work-related real estate,” an official said. This will allow the conglomerate to claim exemptions from the new tax scheme that aims to get companies to spend excess profits.

Under the tax system, if a company does not spend a certain proportion of its profits on fresh investments, dividend payments to shareholders or as wages, it can be slapped with a 10 percent tax on earnings.

Hyundai is expected complete the payment transaction for the KEPCO land by September 2015, and will likely start construction in January 2017.