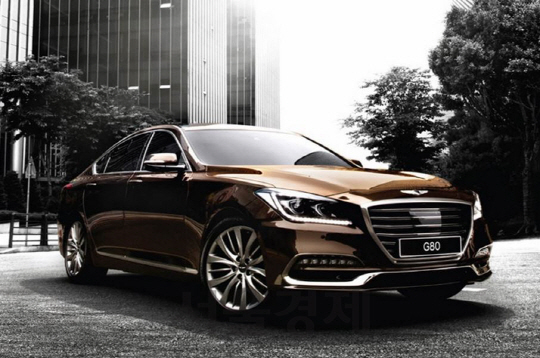 SEOUL, March 12 (Korea Bizwire) – Hyundai Motor Co., South Korea’s top automaker, said Sunday that it has sold over 30,000 units of the G80 midsized luxury car in the eight months since its launch here.

The automaker’s G80, one of its luxury Genesis brand models, made its debut in the country in June last year.

In late 2015, the carmaker turned Genesis into a separate brand that does not carry the Hyundai emblem to better compete with Mercedes and other foreign rivals on the global stage.

Hyundai Motor said it has sold 30,628 units of the G80 model here since its June debut, which translates into monthly sales of some 3,800 units, which is in stark contrast with other local players’ flagship models.

Hyundai Motor also unveiled the EQ900, the top model under the Genesis brand, in late 2015.