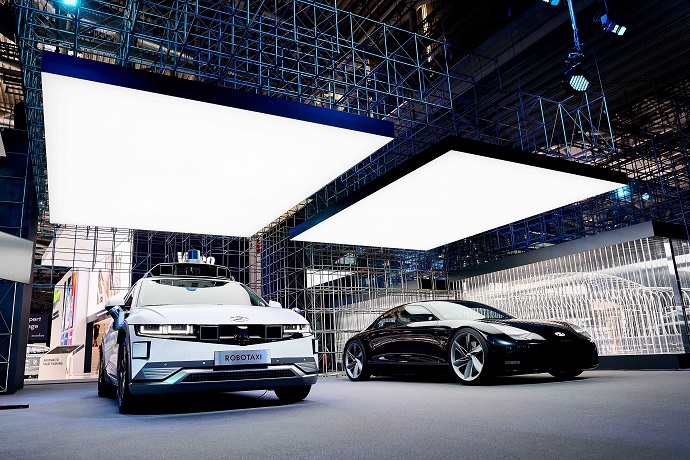 This file photo, provided by Hyundai Motor Co., shows the IONIQ 5 robo taxi (L) and the Prophecy, the concept of the upcoming IONIQ 6.

SEOUL, March 30 (Korea Bizwire) — Hyundai Motor Group said Wednesday it will collaborate with Saudi Aramco and a Saudi Arabian university to jointly develop an environment-friendly fuel and engine for vehicles.

The two-year joint project aims to verify by how much greenhouse gas emissions can be reduced when e-fuel is used in hybrid electric vehicles instead of conventional fuel, it said.

“As hybrid EVs are rolled out, the real challenge now lies in making strides with optimal fuels and exceptional combustion systems. The Aramco team provides fuel design and blending know-how to improve Hyundai Motor Group engine combustion performance and the outcome could lead to the application of synthetic e-fuels,” Aramco’s Chief Technology Officer Ahmad O. Al-Khowaiter said in the statement.

Hyundai plans to cut its carbon emissions by 75 percent compared with 2019 levels by 2040 and targets to reach carbon neutrality, or net-zero carbon dioxide emissions, in 2045.