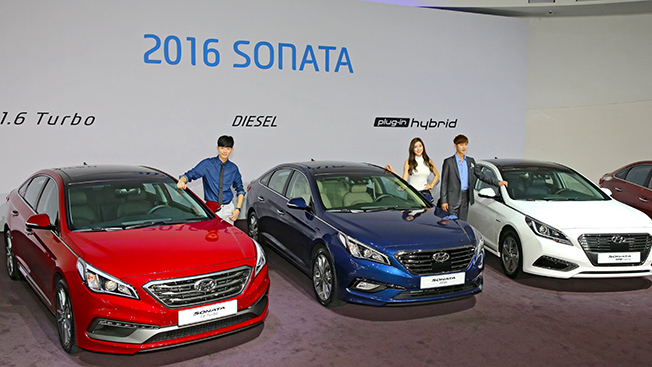 Hyundai’s Sonata ranked No. 1 among different midsize sedan brands to win the AutoPacific Vehicle Satisfaction Award, and Kia’s Soul city car and the Sportage crossover SUV also claimed the top in their segments, the carmakers said in a press release.

The satisfaction award, given by U.S.-based AutoPacific Inc., is an industry benchmark measuring how owners feel about their vehicles in 50 different categories, including safety, product quality, performance and comfort.

Kia’s K9 and K7 sedans, respectively known as the K900 and the Cadenza in the U.S. market, also won awards in their segments, the companies said.

The K9 full-size luxury sedan, in particular, received the highest score ever with 809 points on an 1,000-point scale to win the President’s Award, they said.