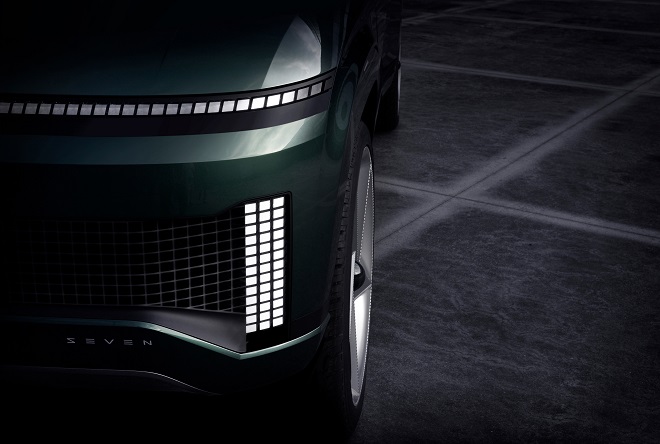 This teaser image provided by Hyundai Motor shows the front of the IONIQ brand’s electric SUV concept “Seven” ahead of its unveiling at the LA Auto Show in November.

SEOUL, Nov. 4 (Korea Bizwire) — Hyundai Motor Co. on Thursday released a teaser for the electric SUV concept “Seven” ahead of its unveiling in the United States this month.

Hyundai plans to unveil the concept car at the LA Auto Show to be held from Nov. 19-28.

In April, Hyundai launched the IONIQ 5 midsize crossover utility vehicle, the first model embedded with the E-GMP platform to strengthen its presence in the eco-friendly vehicle market.

It also plans to introduce the IONIQ 6 midsize sedan in 2022 and the IONIQ 7 large SUV in 2024. It will begin using alphanumeric names like its bigger rivals, such as BMW, whose models are named Series No. 1-8.