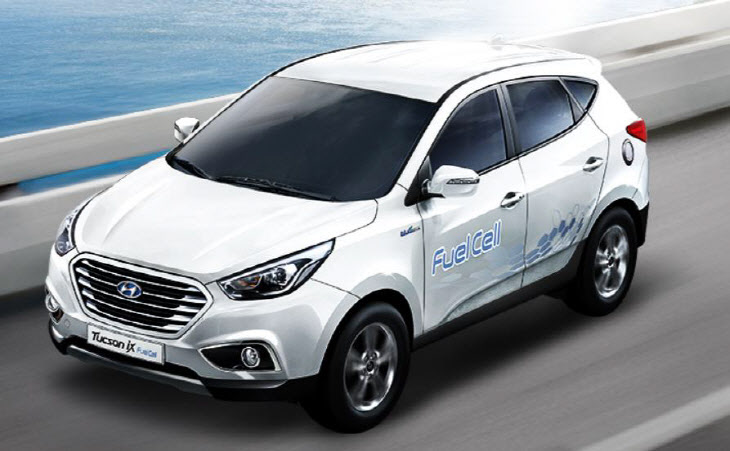 The second-generation hydrogen fuel cell cars are set to debut in February 2018, when South Korea’s alpine city of PyeongChang hosts the Winter Olympics, the carmaker said.

The move is aimed at, among other things, promoting Hyundai’s technological prowess to foreign reporters, who will visit South Korea to cover the Winter Olympics.

Still, the carmaker declined to elaborate on technological advancements to be installed in the second-generation hydrogen fuel cell cars.

Hyundai become the first carmaker in the world to mass produce a hydrogen-powered car in 2013.

Currently, Hyundai’s hydrogen-powered car can travel more than 400 kilometers on a single charge.

South Korea has been racing to develop hydrogen fuel cell cars as they do not produce greenhouse gases that scientists say are to blame for global warming.

A fuel cell car emits only water vapor as it converts stored hydrogen into electricity, which turns the vehicle’s motor.

Hyundai Motor said it has sold a total of 503 units of the Tuscon fuel cell vehicles, including 26 units in Norway.