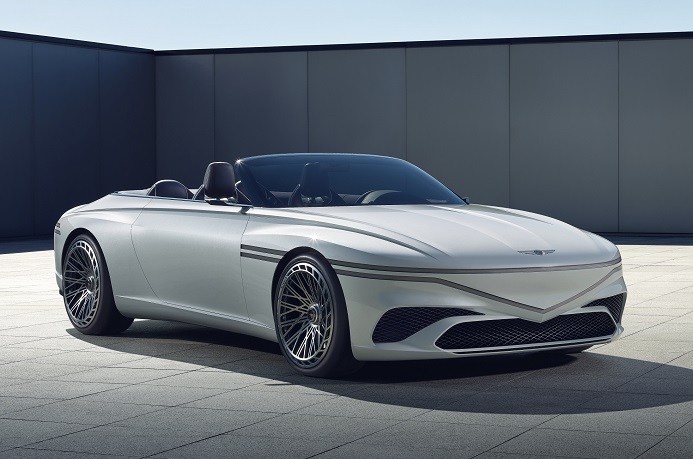 The Genesis X Convertible concept made its debut as the Genesis brand’s third X concept model after the X and the X Speedium Coupe revealed in March 2021 and April this year, Hyundai said in a statement.

Hyundai applied the “athletic elegance” design language to the latest Genesis X concept and a moonroof, which is a type of sunroof, except that it is a transparent, sliding, tinted glass panel.

Signature Genesis design elements also include high-tech quad lamps, sleek two-line head lamps, which have replaced a crest grille in combustion engine Genesis models, and a parabolic line that runs from the front to the rear.

Hyundai plans to showcase the Genesis’ convertible concept during the LA auto show, which opens Friday and lasts through Nov. 27.