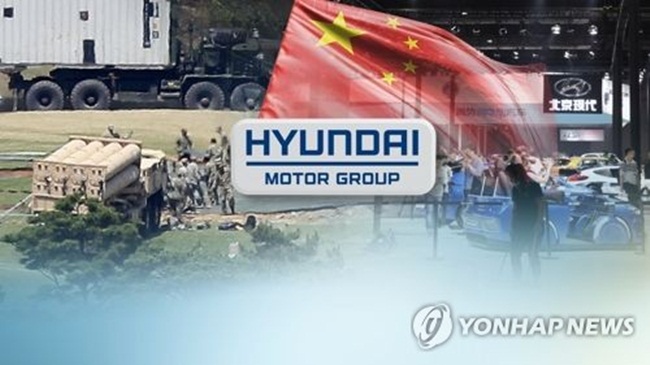 On Tuesday, Hyundai’s plant in Cangzhou, Hebei District, was brought to a halt as the supplier stopped delivering air intake components due to delayed payments. (Image: Yonhap)

On Tuesday, Hyundai’s plant in Cangzhou, Hebei District, was brought to a halt as the supplier stopped delivering air intake components due to delayed payments.

“We persuaded the German company to resume supplying parts to the No. 4 plant (in China). We are in talks to resolve the payment issue,” a company spokesman said over the phone.

On Aug. 30, Hyundai’s four plants in China resumed operations after a weeklong suspension due to parts supply issues.

Then, a Chinese supplier stopped providing plastic fuel tanks to the plants — one in Cangzhou and three in Beijing — after it reportedly did not receive 18.9 billion won (US$17 million) from Hyundai.

The four plants have a combined capacity of 1.35 million vehicles. Hyundai has recently built its fifth plant in China with a capacity of 300,000 units in Chongqing. This plant is currently undergoing test production.

This year, the maker of the Sonata sedan and Santa Fe SUV has suffered steep declines in China sales as a diplomatic row has escalated between Seoul and Beijing over the deployment of an advanced U.S. missile defense system, called THAAD, in South Korea.

Beijing has explicitly opposed the THAAD deployment, arguing the system could be used to spy on its military though Seoul has said it is purely aimed at countering missile threats from North Korea.