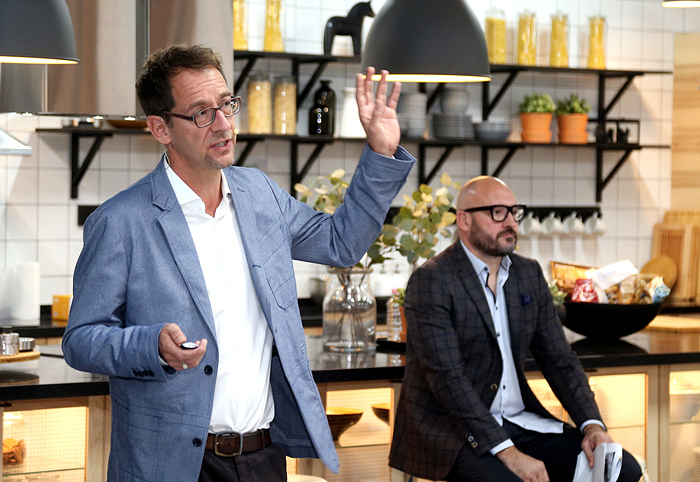 “The products being recalled are currently on sale in countries other than Korea, the U.S., and Canada, but no accidents have taken place when consumers attached the dressers to the wall,” said IKEA Korea CEO Andre Schmidtgall. (image: IKEA Korea)

SEOUL, Sept. 23 (Korea Bizwire) – Following the September 9 recall of 15 dressers after criticisms that they’re prone to tipping over, the Swedish furniture giant said Thursday that it had halted sales of an additional 15 dressers in the Korean market.

During a press conference held in Seoul, IKEA Korea CEO Andre Schmidtgall said that company stopped sales of the affected models as of September 20 after its own safety tests determined that the furniture didn’t meet Korean safety standards. Roughly 100,000 units of the 30 dressers have been sold in Korea.

Schmidtgall emphasized that IKEA considers safety to be of foremost importance when it designs its products, but also asked consumers to exercise caution, explaining the potential risks that its furniture may pose.

“Consumers with dressers with height of 77 centimeters and above that have children in their household must affix these types of products to the wall,” he said. “The products being recalled are currently on sale in countries other than Korea, the U.S., and Canada, but no accidents have taken place when consumers attached the dressers to the wall.”

Meanwhile, IKEA also announced the same day that it will finally begin sales of dishware in Korea, with a revision to local regulations that used to require the inclusion of the names of the import and export companies, and the material details of dishware.

“We’d like to think that criticism towards IKEA is also a sign of consumers showing interest in our company. We’ll be offering products that live up to the expectations of local consumers, and increase the number of IKEA outlets to six by 2020 (from the current one).”

Thursday’s announcements, however, sprung further criticism that the company, rather than making an official apology for the delayed product recall, was more focused on promoting its new offerings.

Since the company’s Korean launch in 2014, IKEA has faced several controversies, including the sale of a world map marked with Sea of Japan (instead of East Sea, a dispute between Korea and Japan), higher prices (often $50 to $150 more expensive the American counterparts), and delayed recall measures despite recalling the same products in North America.