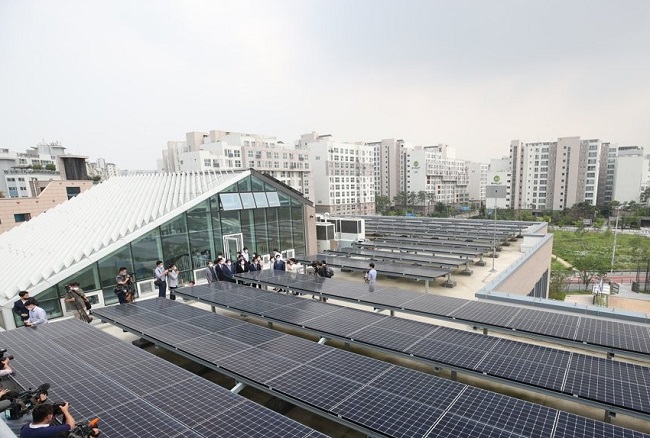 The Korea International Trade Association reported that imports of Chinese solar modules in January to June period this year reached US$169.5 million, up by 22 percent since early last year.

During the first half of this year, 98.4 percent of all solar module imports to South Korea were Chinese products.

During this time, South Korea exported $1.1 million worth of solar modules to China.

While this is 16 times larger than last year, South Korean exports to China were merely 0.6 percent of Chinese imports to South Korea, a trade deficit of more than $160 million.

Ever since the South Korean government began to distribute solar panels and expand the market for solar panels, Chinese manufacturers have been infiltrating South Korea using competitive prices as a lead offensive.

Korean products are 10 to 15 percent more costly than Chinese products.

“There is strong demand for Korean-made small to medium-sized solar generators. When it comes to large-sized ones, however, customers prefer the less costly Chinese products,” said a source from the solar panel industry.

While South Korea has far more advanced technology for producing polysilicon, a material used in solar panels, production has been stalled after manufacturers pulled out of the business.