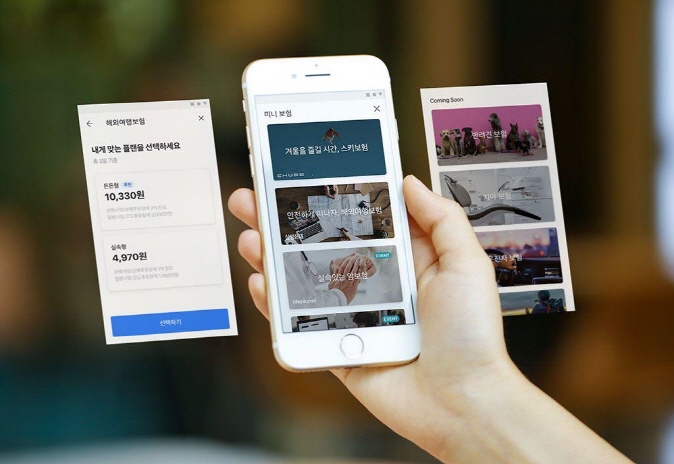 Most mini insurance plans are only available online or via mobile devices. (image: Viva Republica, Co.)

Mini insurance plans allow customers to select specific levels of protection at affordable prices of less than 10,000 won (US$8.95) per month.

KB Insurance Co. announced on Tuesday that it will be releasing a new mini insurance plan for cancer.

Under the new plan, customers can choose the kind of cancer they would like to be insured against, including gastric/esophageal cancer, lung/laryngeal cancer, colorectal/small bowel cancer, liver/pancreatic cancer, and more.

The plan comes at an affordable price.

For a 30-year-old male customer, the insurance plan for gastric/esophageal cancer costs only 1,038 won per month, compared to 538 won for lung/laryngeal cancer, 918 won for colorectal/small bowel cancer, and 418 won for genitourinary cancer.

“Insurance plans that cover all cancers at a higher price are being shunned by today’s young South Koreans,” KB Insurance said. “They want freedom to choose what to be protected against.”

DB Insurance Co. released a similar mini insurance plan last year that allows customers to choose the type of cancer they would like to be insured for.

The plan covers expenses up to 30 million won (US$26,828), and 50 million won for common cancers including gastric, liver, lung, and genitourinary cancers.

“Customers will be automatically insured until they reach the age of 100,” said DB Insurance.

The Young Plus insurance plan, released last year, guarantees a payout of 10 million won for any calamities. For a 30-year-old female, the monthly fee is 1,900 won. The plan expires when the customer reaches 60.

The E-accident insurance plan covers hospitalization, surgical procedures, and death related to calamities at the cost of 10,000 won per month.

Most mini insurance plans are only available online or via mobile devices.

Recently, many mini insurance plans are being sold via KakaoPay, Toss, and other mobile transaction platforms to attract young customers.