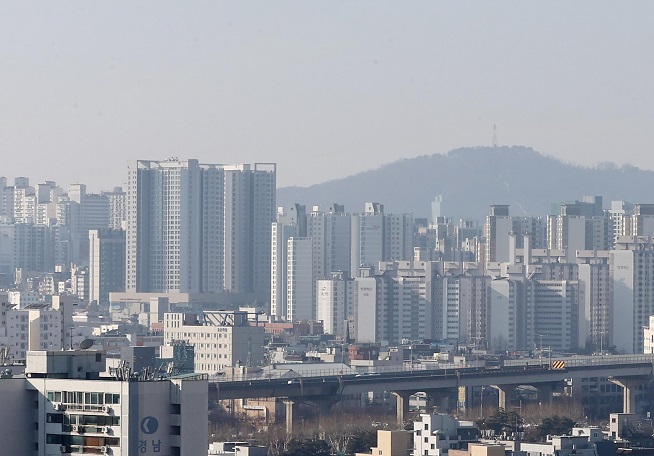 According to a survey conducted by home matching platform Zigbang Co. of 948 users of its application, 41.4 percent of the respondents said that they had taken out a mortgage to purchase or rent their home.

Among 392 respondents who said they had taken out loans, 70.7 percent said that their interest burden increased compared to last year.

By region, those living in the greater Seoul area, including Incheon (79.4 percent), Seoul (78.5 percent) and Gyeonggi Province (70.4 percent) felt a higher interest burden.

More than 80 percent of the respondents said that they had less than 300 million won (US$226,720) worth of property loans.