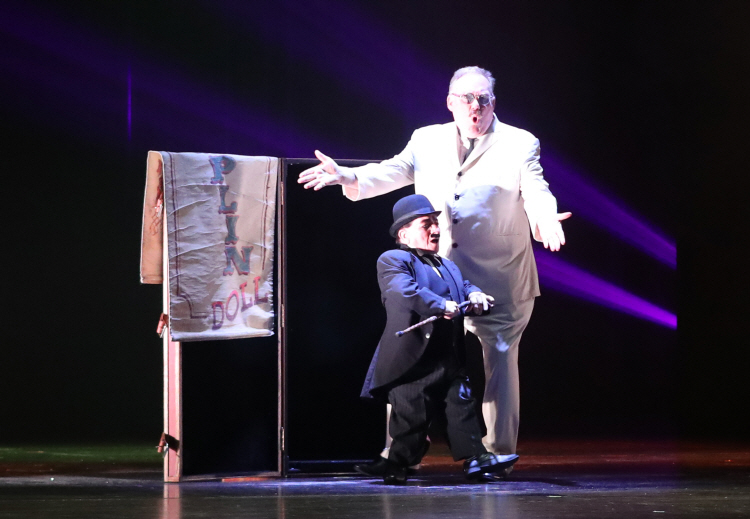 Kevin James(R) showcased his comedic act that combined creativity and illusions, and was applauded for his efforts. (image: Yonhap)

BUSAN, Jun. 29 (Korea Bizwire) — Many of the world’s most accomplished magicians gathered yesterday at the Busan Cinema Center in Haeundae-gu, Busan, for a press conference held to promote the magic show “La Grande Illusion”, which will run from June 29 to July 8.

Yu Ho-jin, the goodwill ambassador for the FISM 2018 World Championship of Magic scheduled to kick off on July 9 in Busan, a day after “La Grande Illusion” ends, showed off his magic as part of the press event.

Kevin James showcased his comedic act that combined creativity and illusions, and was applauded for his efforts.

And avid fan of Korea and kimchi, James said he was happy and honored to be able to perform alongside the world’s leading magicians.

Ten of the world’s top magicians who will be performing at the FISM world championship event will also participate in its precursor, “La Grande Illusion.”

Magic shows will be held at 7:30 p.m. every day, with an additional show scheduled at 4 p.m. on Saturdays.

Magic expert Kang Il-wu lauded the show, calling it a very rare opportunity to see some of the world’s best magicians on a single stage.