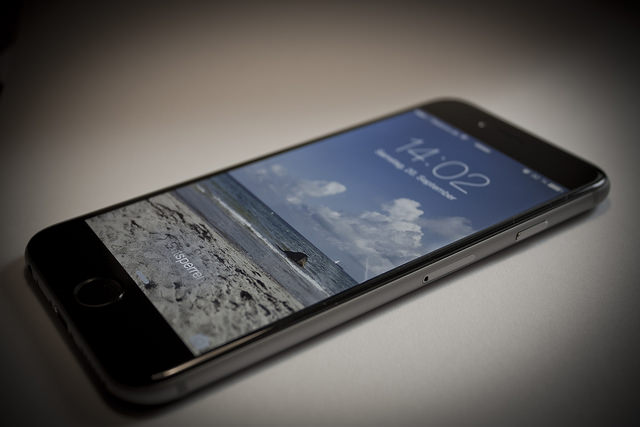 The by-far biggest factor that brought about the change was the upcoming launch of the iPhone 6 and iPhone 6 Plus. (image: thronx/flickr)

Market watchers said this is largely because of the effect of the new Apple iPhone 6 to debut in Korea at the end of this month, coupled with the three mobile telecom service operators raising their subsidies and handset manufacturers such as Samsung Electronics and LG Electronics lowering their factory prices in response.

Newly registered customers have also on the upward trend. The number of new accounts for SK Telecom, for example, has risen 17 percent in the third week of the month from the first. Other telecom firms such as KT and LG Uplus also saw their new customer numbers increase slightly in the third week.

On October 22 and 23, the three companies raised their subsidies on premium smartphone models such as the Galaxy Note 4, Galaxy S5 Broadband LTE-A, and G3 Cat.6 by up to 130,000 won. The subsidy volume for the latest Galaxy Note 4 is as high as 220,000 won.

This is unprecedented given there was almost no subsidy for these models before the law’s introduction. For example, the Galaxy Note 3, the previous model for the Galaxy Note 4, commanded the subsidies of 130,000 won on average.

The by-far biggest factor that brought about the change was the upcoming launch of the iPhone 6 and iPhone 6 Plus. Beginning on the 24th, all three mobile communications service providers have taken pre-orders for the newest gadgets from Apple Inc.

According to these companies, the customer popularity for these devices is much higher than ever. Although Apple’s iPhones used to account for 5-7 percent of Korea’s smartphone market, market analysts said, this time it will be different as the new models come equipped with larger screens.

KT reported on October 24 that it received 50,000 pre-orders within 30 minutes after it started taking applications. The company expected the total number would be higher if the applications made through stores are included.

A mobile telecom industry official commented, “Since the introduction of the mobile phone handset retail structure improvement law, low-cost import phones such as those from Huawei have been sold more, as well as premium phones like the iPhone. This is a desirable change that will accelerate price cuts in smartphone devices and raising of subsidy levels.”