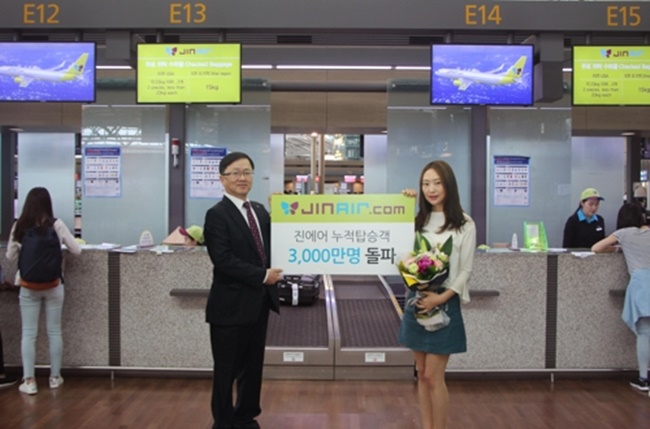 The number shows that the airline has served an increasing number of passengers amid growing demand for low-cost travel on domestic and international routes. (Image: Jin Air)

Jin Air, launched in July 2008, became the second low-cost carrier (LCC) to reach the milestone after Jeju Air Co., which reported the achievement in January 2016.

The number shows that the airline has served an increasing number of passengers amid growing demand for low-cost travel on domestic and international routes.

Last year, passengers on domestic routes jumped 11 percent on-year to 30.91 million and passengers on international routes climbed 19 percent to 73 million, according to data from the Ministry of Land, Infrastructure and Transportation.

Industry watchers warned that growth of low-travel costs may not guarantee the safety of passengers as more budget carriers are expected to join the airline markets and compete with each other over prices.

They pointed out lower prices can lead to less investment in safety measures, which in turn could result in accidents.