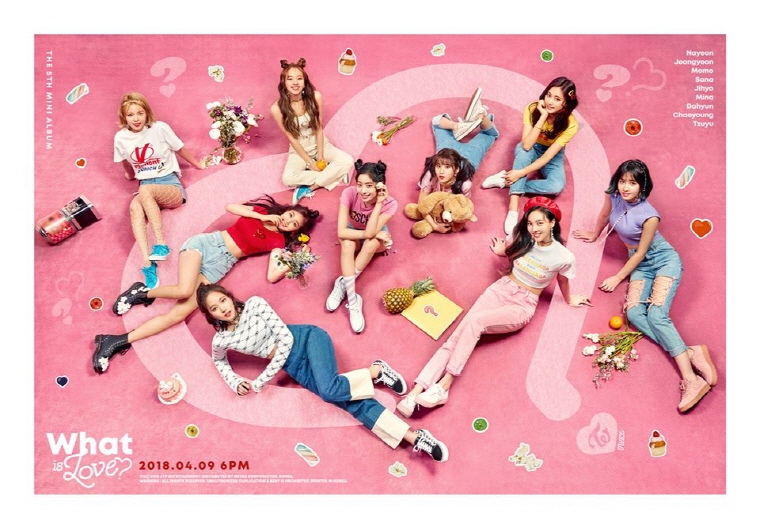 The nine-member idol band will drop “What is Love?” on April 9, JYP Entertainment announced. The company launched a comeback teaser promotion that will continue until release day.

Since it debuted in 2015 with “OOH-AHH,” TWICE has become a reputable force in today’s K-pop scene, churning out back-to-back hits, including “Cheer Up,” “TT,” “Knock Knock,” “Signal,” “Likey” and “Heartshaker.” It has so far released four EP albums and a full-length record in South Korea.

The band, which also has Japanese and Taiwanese singers, debuted in Japan last summer and has risen to the top of the Oricon Chart, the country’s main music sales chart, multiple times. TWICE was certified platinum by the Recording Industry Association of Japan three times, a recognition given to artists for selling more than 250,000 records.

TWICE plans to kick off its second world tour in May by holding concerts at Jamsil Gymnasium in Seoul from May 18-20. The band is scheduled to hold two concerts in Japan from late May to early June.