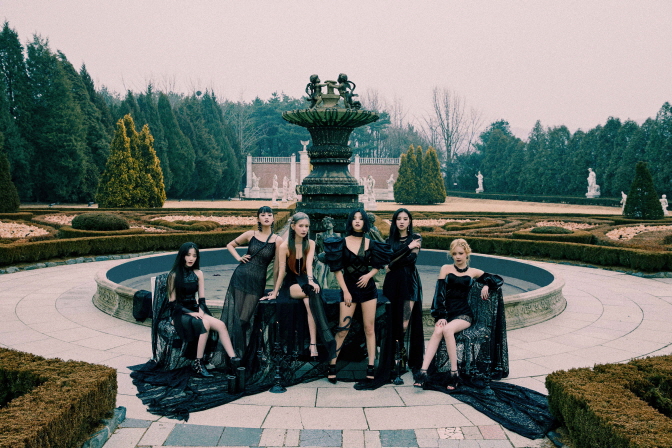 A promotional image of (G)I-dle for EP “I Trust,” provided by Cube Entertainment.

Cube also quoted Avery Lipman, the co-founder of Republic Records, as saying that the company is striving to launch (G)I-dle into global stardom with the latest album.

In South Korea, the six-piece girl group dropped the five-track EP, led by single “Oh My God,” on Monday.

The lead track and its powerful choreography feature both decadent and angelic images, as represented in black and white in the album’s jacket concept, as well as the stage costumes and music video.

The new album topped the iTunes album charts in 39 countries and territories after its release Monday (Korean time), while the lead single took local real-time single charts by storm.