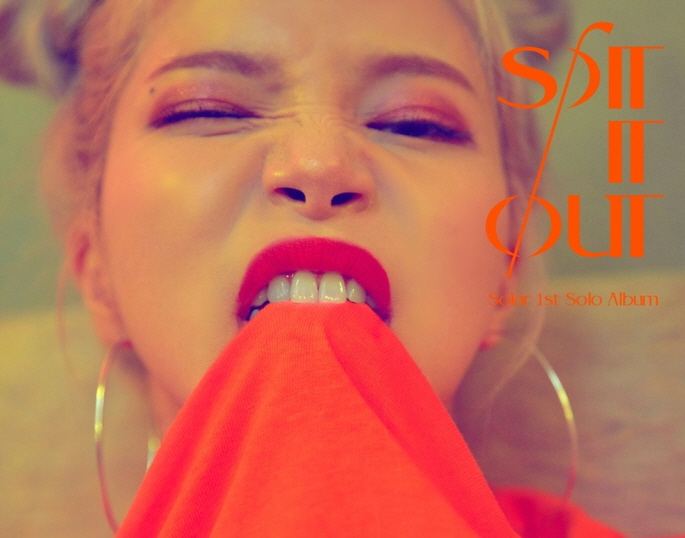 An image of Solar of Mamamoo, provided by RBW

The two-track release, “Spit it Out,” is Solar’s first solo release in her six-year K-pop career with Mamamoo. Solar is the last of the four Mamamoo members to officially double as a soloist.

Deviating from Mamamoo’s music style, Solar packed the solo album with her unconventional vocals and bold fashion style as well as her strong musical passion.

“The song has a repetition of a line, ‘spit it out with your burning lips,’ which means the outburst of my passion. I poured all my passion into this album,” the Mamamoo leader said of her new album.

The album is named after the time period from 2017-2019 during which Park experienced dramatic changes in her personal and professional life. 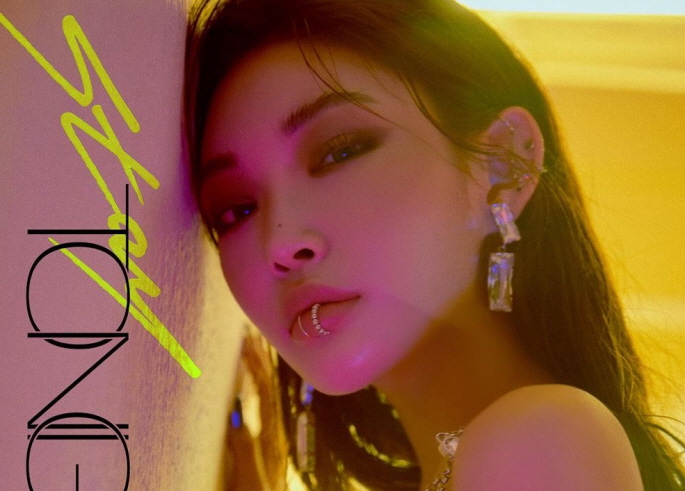 The K-pop scene is also bracing for the return of another K-pop queen next week.

Chungha, a former member of project girl band I.O.I, returns with the single “Stay tonight” on Monday to rule the music scene and musical charts once again.

The first official musical release since the previous EP, “Flourishing,” dropped 10 months ago, the new single is a glamorous song musically and visually.

Since launching her solo career in 2017, she has made a hit out of every song she has released, quickly climbing to the top of the K-pop ladder.

Last month, she also signed a contract with ICM Partners, a major American talent agency, as she gears up for a U.S. debut.

The comeback of K-pop queens is likely to make another splash on the K-pop scene after a series of male idol artists, including Kang Daniel, Max Changmin of TVXQ and EXO leader Suho, released solo albums in March and April, bringing the virus-hit music scene out of the fallout of the pandemic.