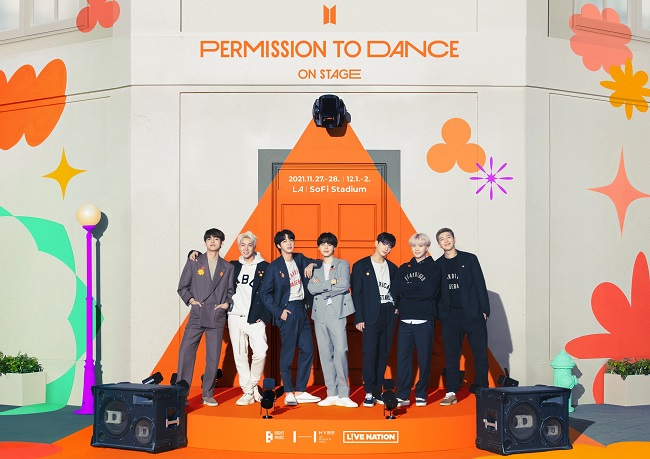 SEOUL, Nov. 17 (Korea Bizwire) — With travel restrictions eased under the “living with COVID-19″ scheme, big-name K-pop stars are heading overseas to hold live concerts with foreign fans that have not been held for nearly two years.

Superband BTS is at the forefront of the move, scheduled to throw a series of live in-person concerts in Los Angeles, titled “BTS Permission To Dance On Stage – LA” to be held at SoFi Stadium on Nov. 27 and 28 and Dec. 1 and 2.

They will be the septet’s first live in-person concerts since 2019, when the group performed in Seoul.

The news has created a buzz among its global fandom, Army, and all the tickets for the concerts have already sold out.

Before and after the LA concerts, BTS will have a busy schedule in the United States.

It will hit the stage with American rapper Megan Thee Stallion for a joint performance of “Butter” at the 2021 American Music Awards at the Microsoft Theater in Los Angeles on Sunday (U.S. time).

BTS was nominated in three categories — Artist of the Year, Favorite Pop Duo or Group and Favorite Pop Song for “Butter.”

The band will also appear on CBS’ “The Late Late Show with James Corden” and perform “Permission to Dance” on Tuesday.

On Dec. 3, BTS will perform at iHeartRadio Jingle Ball Tour, the largest year-end radio show in the U.S. 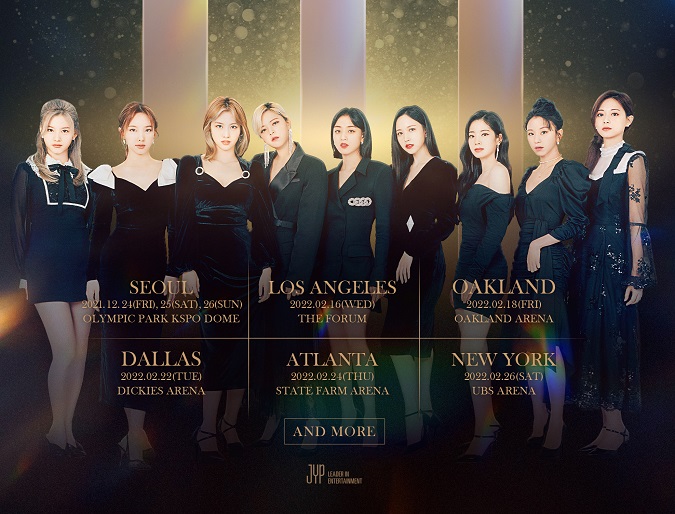 K-pop girl group TWICE announced a plan for its fourth world tour, starting with three-day live concerts in Seoul from Dec. 24-26. The tour will continue to the five cities of LA, Oakland, Dallas, Atlanta and New York in February.

Boy band NCT 127 will also hold a solo concert, titled “NCT 127 2nd Tour ‘Neo City: Seoul –The Link,” next month in Seoul as part of its second world tour program, with the detailed schedule to be announced later.

Other K-pop acts, including boy bands Ateez and Monsta X, are also planning to hold world tours in the coming months.

Starting in November, the Seoul authorities introduced the “living with COVID-19″ scheme, under which it eased social distancing rules with the aim of returning to normal life in phases after the country achieved its initial target of fully vaccinating 70 percent of the population.