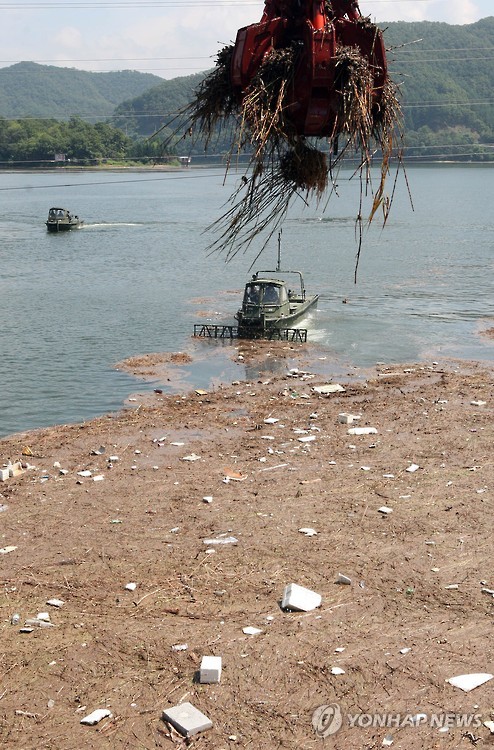 “We’re killing three birds with one stone – saving on the disposal cost of the debris, increasing income for farmers, and improving the quality of the water supply.” (image: Yonhap)

ANDONG, South Korea, Nov. 29 (Korea Bizwire) – K-Water’s (Korea Water Resources Corporation) Andong regional office recently found a solution to the long-lived problem of cleaning up thousands of tons of floating debris near dams in the area, deciding to recycle the floating matter instead of wasting it.

According to officials, hundreds of millions of won were being spent each year in the region for the collection and disposal of debris, which tends to accumulate during the monsoon season or after heavy rains.

But starting this year, the regional office decided to recycle some 95 percent of the debris (with the other 5 percent being domestic waste), which is mostly wasted plant material, to make compost.

The office recovered roughly 5,500 square meters of the detritus from its dams after this year’s monsoon, which would have cost 150 million won ($128,227) to dispose of in previous years. Instead, it spent one-tenth of the amount to collect the waste and turn it into compost. 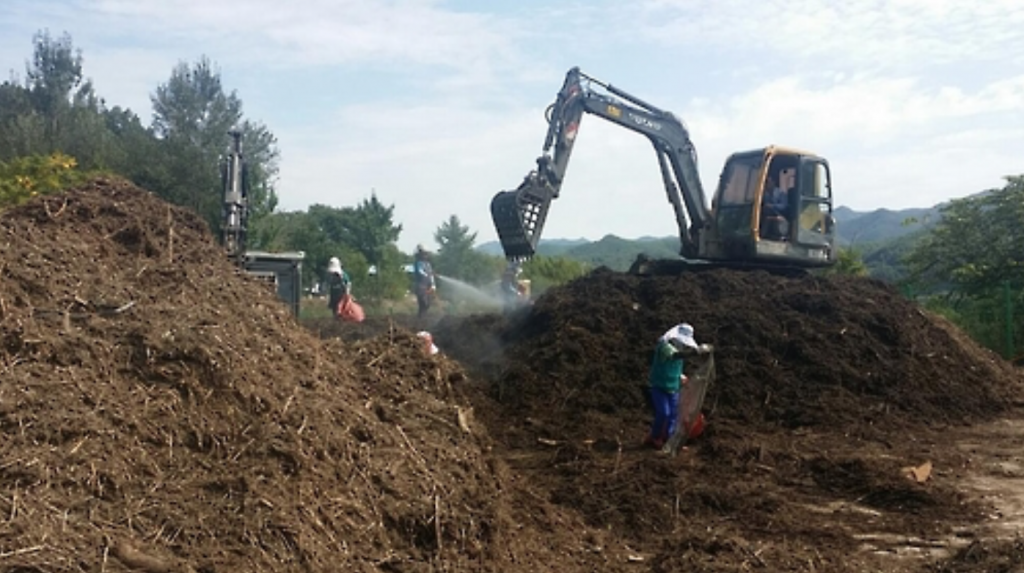 The final product was offered at no cost to farmhouses located near the dams, and was praised by local farmers who were told the compost was equally as effective as commercial fertilizer.

“We’re killing three birds with one stone – saving on the disposal cost of the debris, increasing income for farmers, and improving the quality of the water supply,” said an official. “We’ll be expanding the program in coming years.”