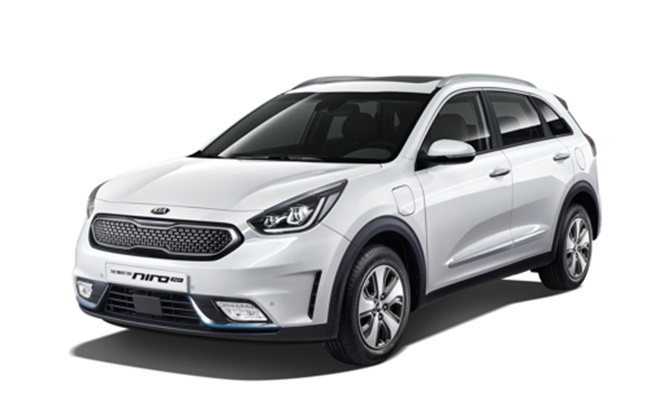 The Niro plug-in hybrid can travel up to 840 kilometers — 40 kilometers on a single charge and 800 km on a combined gasoline-battery drive. The 1.6-liter engine model has 141 horsepower on tap and 27.0 kilogram-force meters of torque, the company said in a statement.

The carmaker also placed the upgraded version of the Niro conventional gasoline hybrid in the market with a price tag of between 23.55 million won-27.85 million won, it said.

The Niro gasoline hybrid was domestically launched in March last year and went on sale in the U.S. market in January this year.

In recent years, local demand for hybrid and electric cars has been on the rise, helped by improvements in nationwide charging infrastructure and reasonable prices for the environmentally friendly vehicles.