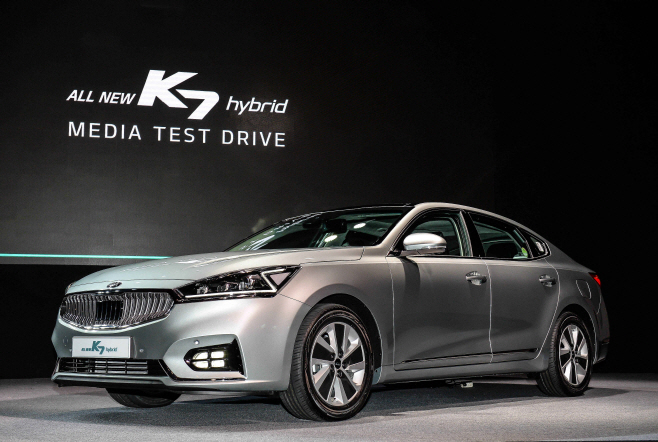 The K7 hybrid uses advanced electric vehicle mode to realize fuel efficiency of 16.2 kmpl, the highest in its segment, the company said.

For such an experience, the engine has also been set to produce maximum output from the very start, reducing the time needed for the car to accelerate from zero to 20 kph to 2.2 seconds from 3 seconds.

The latest addition to the K7 lineup also distinguishes itself from other K7 vehicles with various new add-ons, including a heads-up display and smart trunk system, where the trunk automatically opens when it detects the driver or a passenger with a smart key in the vicinity for a set amount of time. 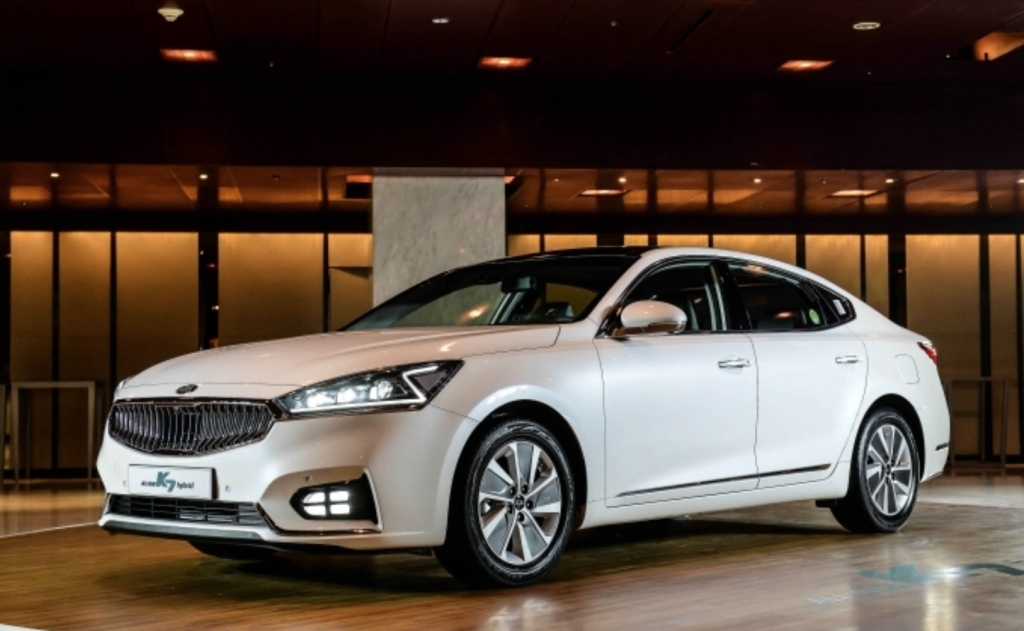 The vehicle offers various safety features, including a nine air bag system, making it one of the safest cars available, while various government support for hybrid cars also makes it an affordable choice for consumers, Kia Motors said.

“The all new K7 has been appraised for opening a new era for luxury midsize sedans since it was launched in January. The all new K7 hybrid, the last addition to the K7 lineup, too has been built to offer a new level of efficiency and comfort,” Kia Vice President Kim Chang-sik told reporters.