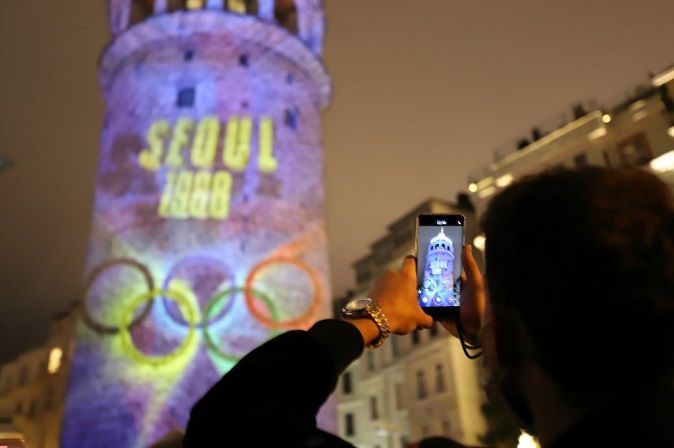 SEOUL, Nov. 18 (Korea Bizwire) — South Korea’s “taeguk” mark, a symbol that is most prominently displayed on the country’s national flag, has made an appearance on top of Istanbul’s landmark Galata Tower.

The Korean Cultural Center in Turkey celebrated its 10th anniversary Tuesday by screening a video on the tower walls that talks about the friendship between two countries.

It is the first time that the Turkish government has allowed a foreign entity to screen a video on the tower walls. 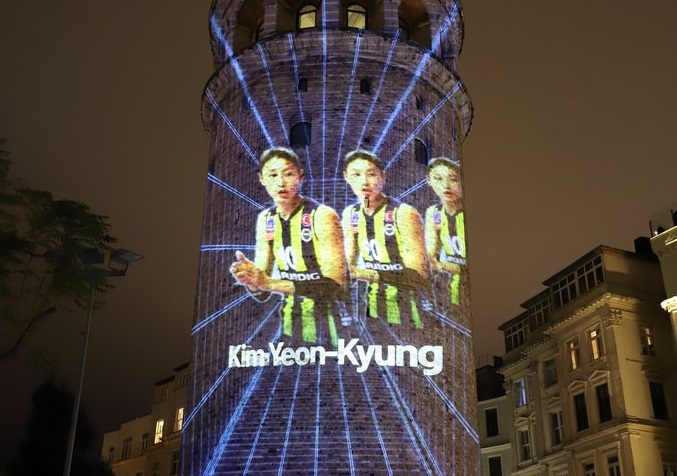 The video shows the heroic feats of Turkish troops during the Korean War, as well as the famous South Korea-Turkey match during the 2002 World Cup.

Volleyball player Kim Yeon-koung, who played in the Turkish league for a long time, also made an appearance alongside supergroup BTS and a traditional Korean dish “bibimbap.”