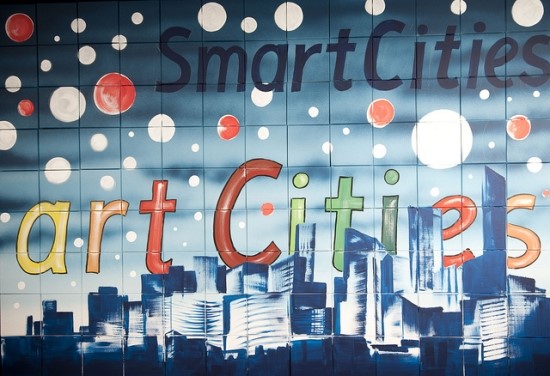 SEOUL, Korea, April 6 (Korea Bizwire) –The Strategic Alliance of Smart City Industrial Technology Innovation, an organization under the Chinese Ministry of Industry and Information Technology, will create a fund of 50 billion yuan (US$8.05 billion). The gigantic fund, to be formed by June this year, will be used to pay for programs including smart city traffic systems and the Internet of Things.

The alliance was established in October last year to accelerate the country’s smart city initiatives. The fact that a six-month-old organization can wield such an enormous power in terms of investment volume reflects the Chinese government’s commitment to smart city development. A manager with the State Council in charge of the Internet of Things said, however, China’s level in smart city technology still remains at its infancy and it would take at least five to ten years to see any meaningful development in the Internet of Things.

Nonetheless, billions of dollars of investment money will no doubt make a difference. The more money there is in the project, the less uncertainty in the whole smart city program so that private initiatives can flourish without worrying about the program would end abruptly.

Even though the Chinese government set the time schedule by 2015 under its economic development plan, the pace of the smart city construction may be faster than that. According to the 21st Century Business Herald newspaper, the number of China’s pilot smart cities is almost 200.

Pan Yunhe, vice president of the Chinese Academy of Engineering, said that as many as 230 Chinese city authorities have requested to build smart cities in their jurisdiction as of the end of 2012, with the combined investment sum reaching 2 trillion yuan (US$322 billion).

According to Korea’s National IT Industry Promotion Agency, the number of smart city initiatives across the world is more than 600. It contrasts well with 100 or so projects underway only five years ago.

Today, it’s not just limited to developed countries like the United States, the European Union, and Japan, but also includes India, Vietnam, Indonesia, as well as China. Still, the lion’s share (84%) is still accounted for by five countries including the United States, European countries, Japan, China, and Korea.

As for Korea’s smart city initiatives, which began in 2003 when the government created new residential cities near Seoul’s outskirts such as Songdo, Dongtan (Hwaseong), Heungdeok (Yongin), Unjeong (Paju), and Pangyo (Seongnam), the focus is now mostly on building “ubiquitous” cities.

The problem, however, is the volume of the projects is quite limited except a few initiated by big city governments and the central government, according to an official at the infrastructure ministry. Naturally, Korean initiatives are paltry comparing to those of the Chinese in size and scope, as the latter is making bold bets in smart cities and the Internet of Things by the billions of dollars.