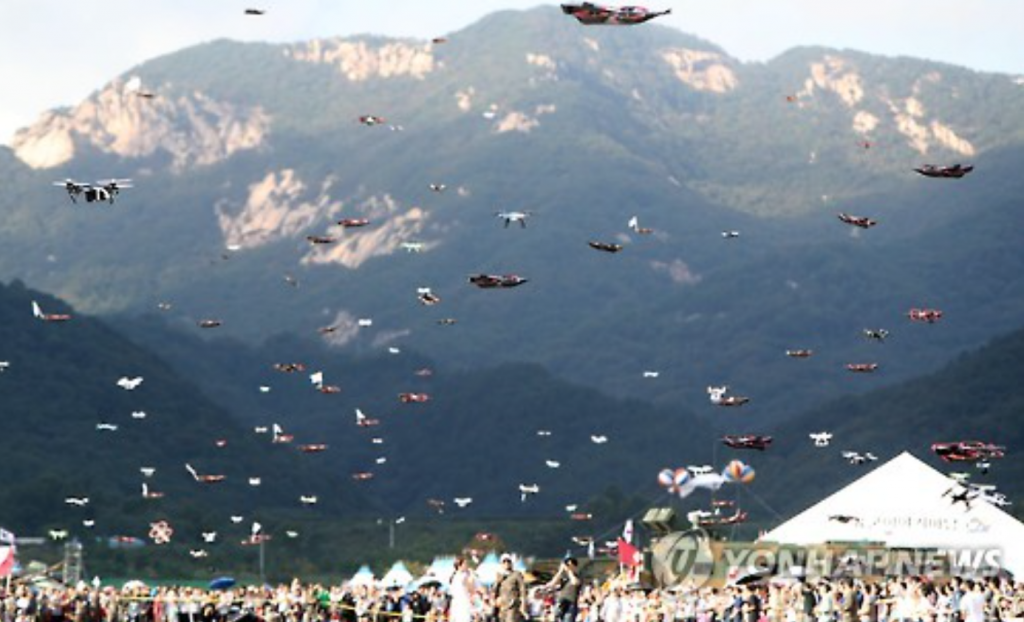 According to the event’s organizing committee, it is often considered impossible for more than some 20 drones to fly at the same time due to frequency interference. But the event made use of a technology that allowed for an efficient distribution of frequencies, resulting in successful hover flights that lasted for approximately three minutes.

The Korean military will be submitting Monday’s challenge for certification with the Korea Record Institute, and if the application is successful, organizers will attempt to register the feat as a Guinness World Record. 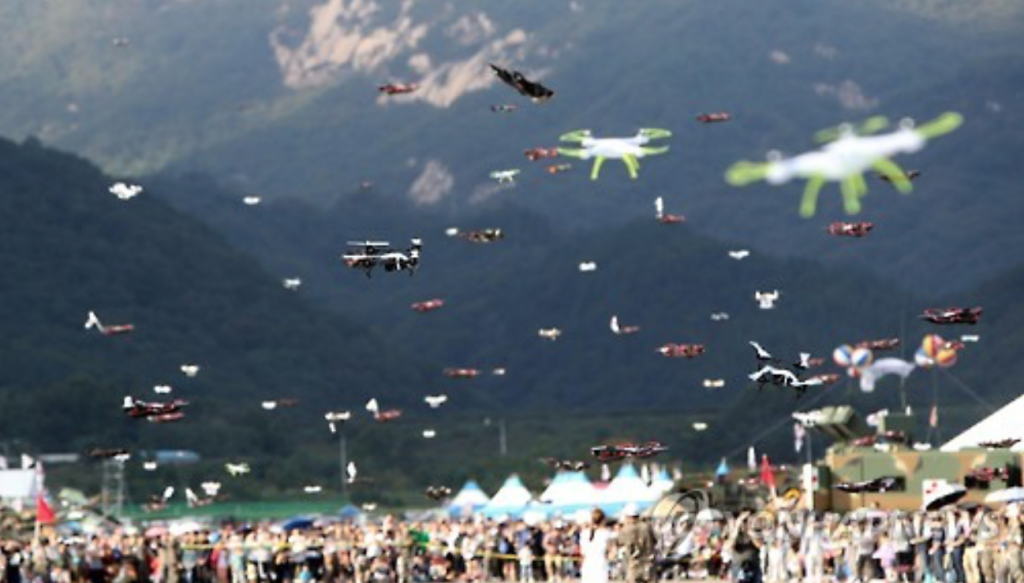 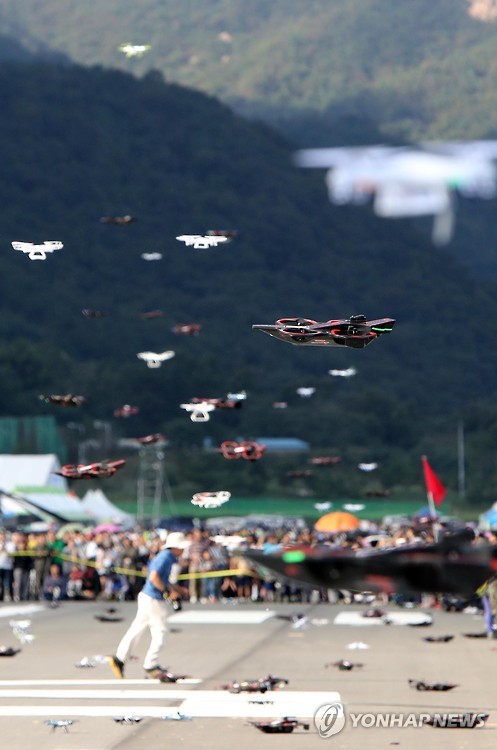