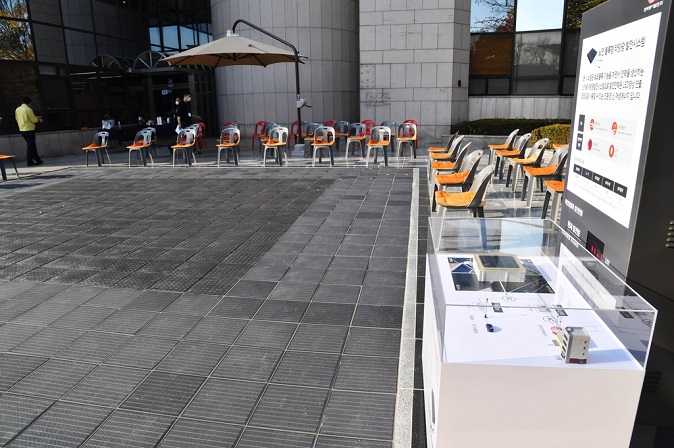 This technology enables the production of electricity by installing solar power generation blocks in various road surfaces, which account for more than 10 percent of urban ground cover.

Korea East-West Power plans to complete the technological research and product development by March next year and carry out field tests in collaboration with the Ulsan city government.

The field tests will come in three types – park, pavement and bicycle path. The test areas will be selected through scrutiny of location conditions.

The test facilities will produce electricity by using solar power generation during daylight hours, while providing things to enjoy such as music and video through LED blocks during the night.

Compared to previously developed products, the new targets represent a maximum output that is twice as high, as well as a 1 percentage point improvement in power generation efficiency.