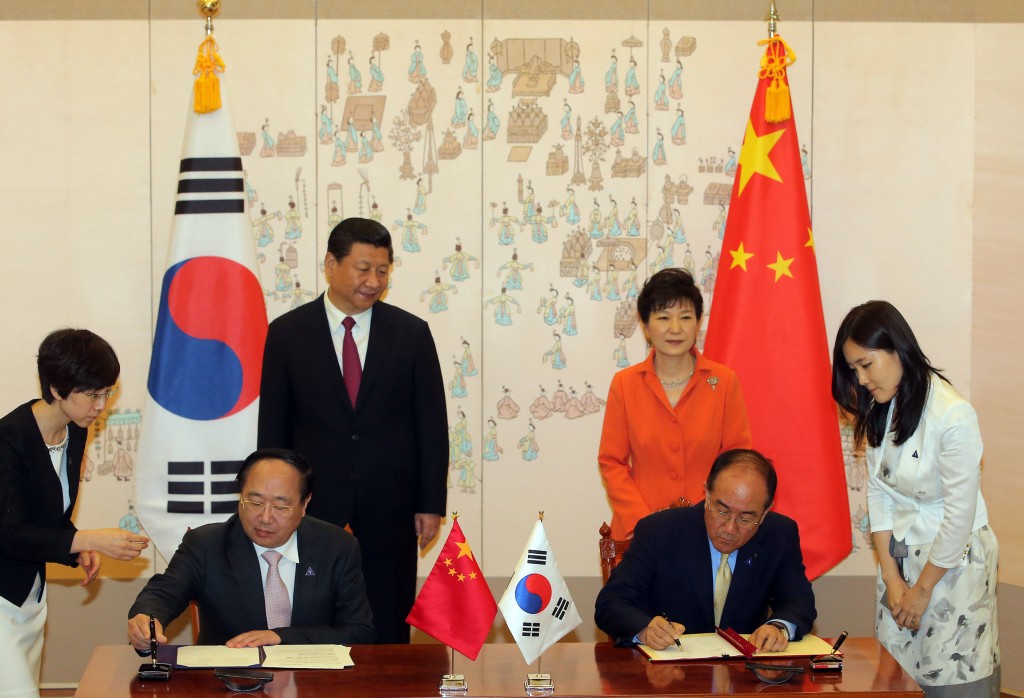 SEOUL, July 7 (Korea Bizwire) – Korea EximBank said on July 4 that it would provide a shipping finance worth US$295 million to China’s Minsheng Financial Leasing that has signed a deal to purchase three 18,400-TEU containerships from Daewoo Shipbuilding & Marine Engineering.

Of the loans that the Korean state-run bank provides, 50 percent will be guaranteed by the Export-Import Bank of China.

Lee Duk-Hoon, Korea EximBank president, signed the agreement with his counterpart Li Ruogu at the Presidential Palace on the 3rd, with Korean President Park Geun-hye and Chinese President Xi Jinping in attendance.

The financing deal to Minsheng Financial Leasing was made possible by the close partnership between the two countries’ state-run banks. The most important momentum had been given in June last year when President Park made a state visit to China and signed a pact to share risk between Korean and Chinese Export-Import Banks.

Minsheng Financial Leasing will take the delivery of the vessels from DSME by the second half of 2015 and lease again to Mediterranean Shipping Company, S.A. of Switzerland, the world’s second largest shipping company.