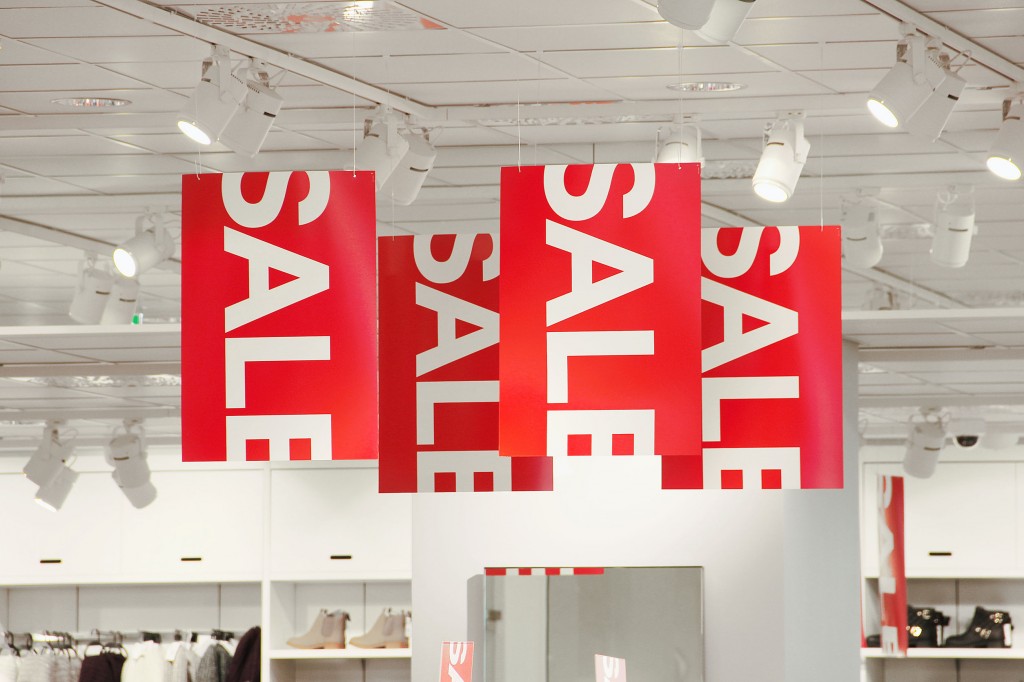 The shopping festival is jointly hosted by the Ministry of Trade, Industry and Energy and the Ministry of Culture, Sports and Tourism to tie up the retail industry with tourism and cultural sectors to unleash pent-up demands in time with the major Chinese holiday season. (image: KobizMedia/ Korea Bizwire)

SEOUL, Sept. 29 (Korea Bizwire) – South Korea kicked off a nationwide shopping event on Thursday with a variety of promotions, cultural and entertainment events to draw more shoppers at home and abroad and revive the sluggish domestic consumption.

The shopping festival is jointly hosted by the Ministry of Trade, Industry and Energy and the Ministry of Culture, Sports and Tourism to tie up the retail industry with tourism and cultural sectors to unleash pent-up demands in time with the major Chinese holiday season.

A total of 249 retailers, manufacturers and online malls provide discounts and promotions at 59,000 stores across the nation, offering much wider options compared with last year’s fall shopping season when “Korea Black Friday” and “Korea Grand Sale” were held between September and October.

Three car makers — Hyundai Motor, SsangYong Motor and Renault Samsung Motors — offer up to a 10 percent discount on cars during the period, while Samsung Electronics and LG Electronics give half priced deals on best-selling home appliance items. Consumers can get up to a 670,000 won discount (US$612) on Samsung’s Galaxy S6 Edge Plus smartphone. 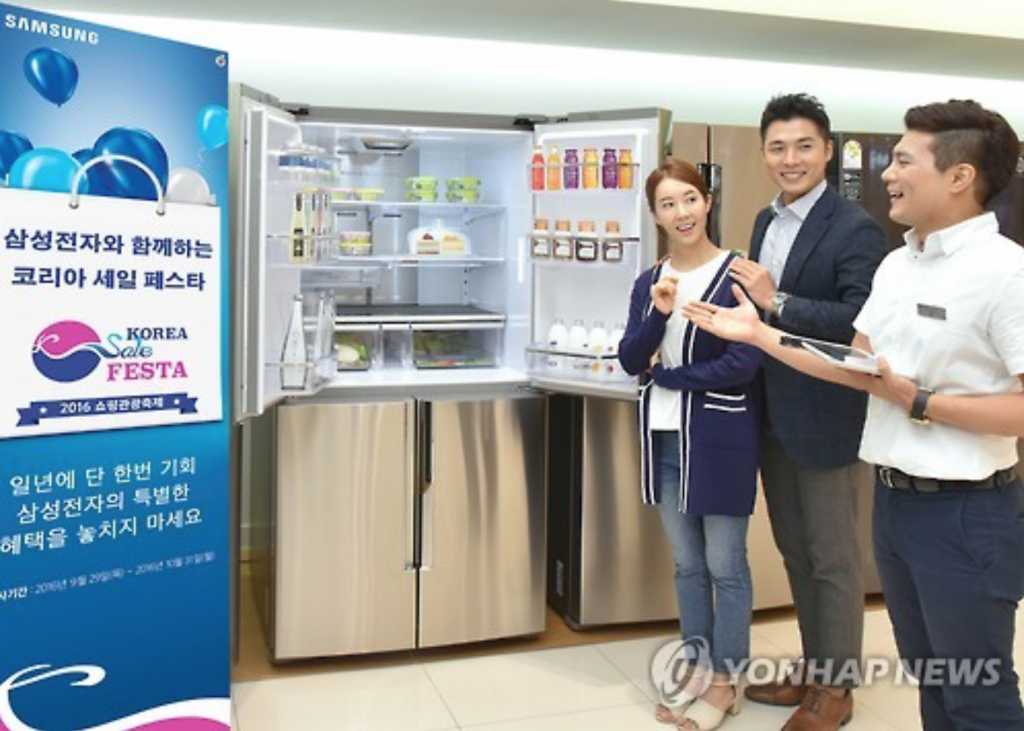 A sales manager at Samsung’s electronics store in Seoul explains discount deals on a refrigerator on Sept. 28, 2016, in this photo provided by the company. (image: Yonhap)

Department stores give deep discounts on luxury goods, fashion items and cosmetics, knocking down price tags by up to 80 percent.

Among the top price for a giveaway event is a 700 million won apartment offered by Lotte Department Store, the retail unit of Lotte Group.

Online malls and social commerce sites, including Coupang and Ticket Monster, are also offering cyber deals during the period, with the government supporting part of their delivery fees to boost sales.

About 400 traditional markets nationwide will hold various events and unique festivals in October to catch the eyes of visitors and spur the local economy.

The event held ahead of the year-end holiday season is raising expectations among local retailers as it overlaps with a Chinese national holiday that runs from Oct. 1-7. It’s when deep-pocketed Chinese travelers hop on planes to go on a holiday shopping spree.

According to industry officials, about 250,000 Chinese tourists are expected to visit South Korea during the weeklong autumn holiday.

With so much money up for grabs, local retailers have prepared a bunch of promotional events and giveaways targeting Chinese patrons.

Shinsegae Duty Free holds “K-beauty and fashion week” during the Chinese holiday at its Myeongdong branch to attract those who are interested in beauty know-how and encourage purchase of Korean beauty products.

Market watchers say the influx of Chinese tourists will give much-needed momentum to revitalize the tepid domestic consumption, which will in turn drive up shares related to consumption and leisure.