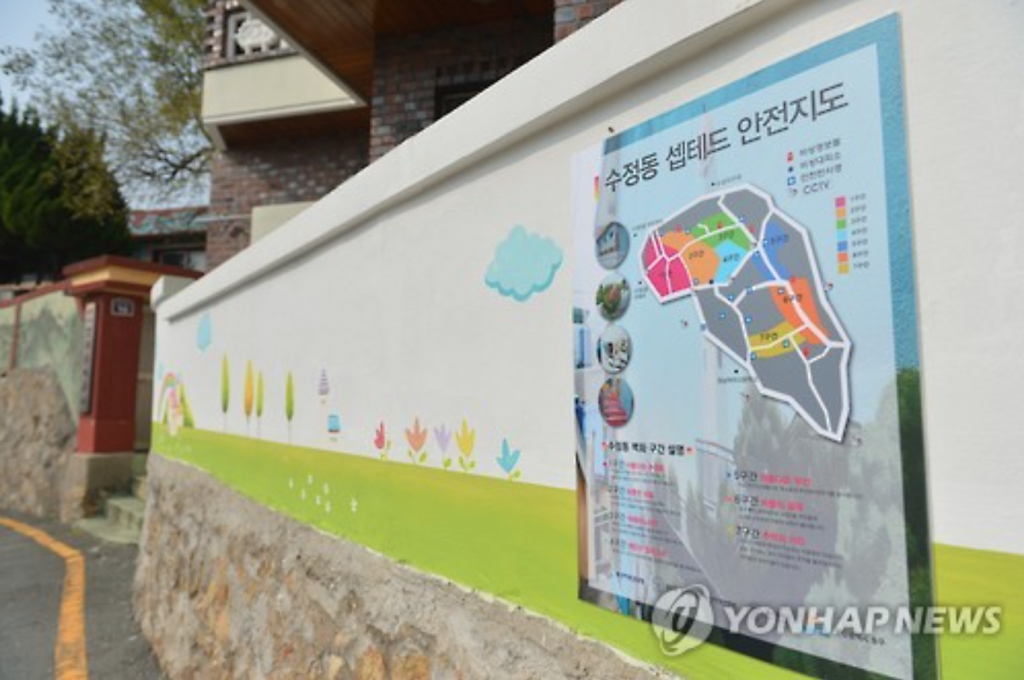 The idea is to create a surrounding that would discourage illegal activities, and can range from smaller-scale design, such as installing additional windows overlooking shaded sidewalks, to major renovations, including changing the entire shape of a building.

According to the Busan Metropolitan Government, it is currently reviewing CPTED project proposals for four of its neighborhoods – Wuam-dong, Gupo-dong, Jaesong-dong, and Geumsa-dong – with construction expected to begin as early as November. The project will be launched in collaboration with the local Urban Regeneration Center (URCB).

The URCB plans to implement design elements that best reflect each neighborhood’s characteristics, after researching and surveying local residents and the area’s surroundings.

Direction lines will be installed for areas with narrow and maze-like alleyways, indicating pathways to larger roads, while abandoned houses will be sealed off to prevent outsider entry. Public spaces, such as pavilions or public laundry drying racks, are also to be built at various locations. Other installations include security lights and reflectors.

The local government is investing 650 million ($572,000) won in the four neighborhoods this year, and will expand the project to three to four other neighborhoods in coming years.