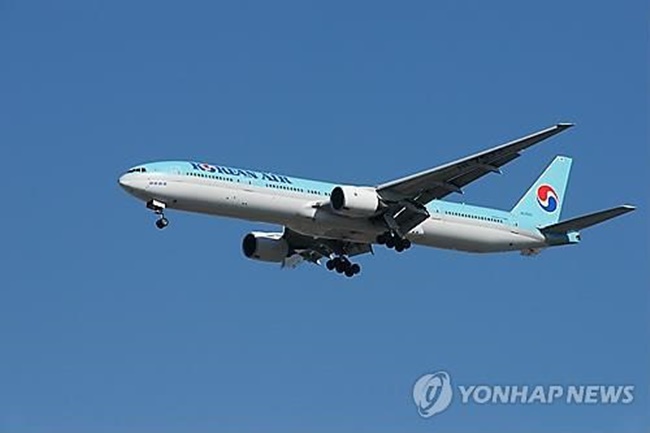 In the first six months of the year, Korean Air posted an operating income of 364 billion won, down 24.5 percent from a year earlier. Sales climbed 1.5 percent on-year to reach 5.77 trillion won. (Image: Yonhap)

The country’s flag carrier logged a net loss of 200 billion won (US$175 million) in the April-June period, the company said in a regulatory filing. But its operating income surged 8.5 percent on-year to reach 173 billion won, with sales also rising 3.1 percent to 2.9 trillion won over the cited period.

In the first six months of the year, Korean Air posted an operating income of 364 billion won, down 24.5 percent from a year earlier. Sales climbed 1.5 percent on-year to reach 5.77 trillion won.

Lower travel demand from China and increased spending on jet fuel resulted in the decline in operating profit in the January-June period, it said.

Korean carriers were hit by the Chinese government’s decision to ban the sale of travel packages to South Korea from March 15 in retaliation for the deployment of the Terminal High Altitude Area Defense (THAAD) system in South Korea.

China has opposed the THAAD installation, arguing its powerful X-band radar could be used against it. But Seoul and Washington have said the system is only aimed at countering missile threats from North Korea.

Korean Air said it expects revenue in the current quarter to rise on the back of a recovery in global trade and bullish exports. The company is one of the leading air cargo operators in the world.