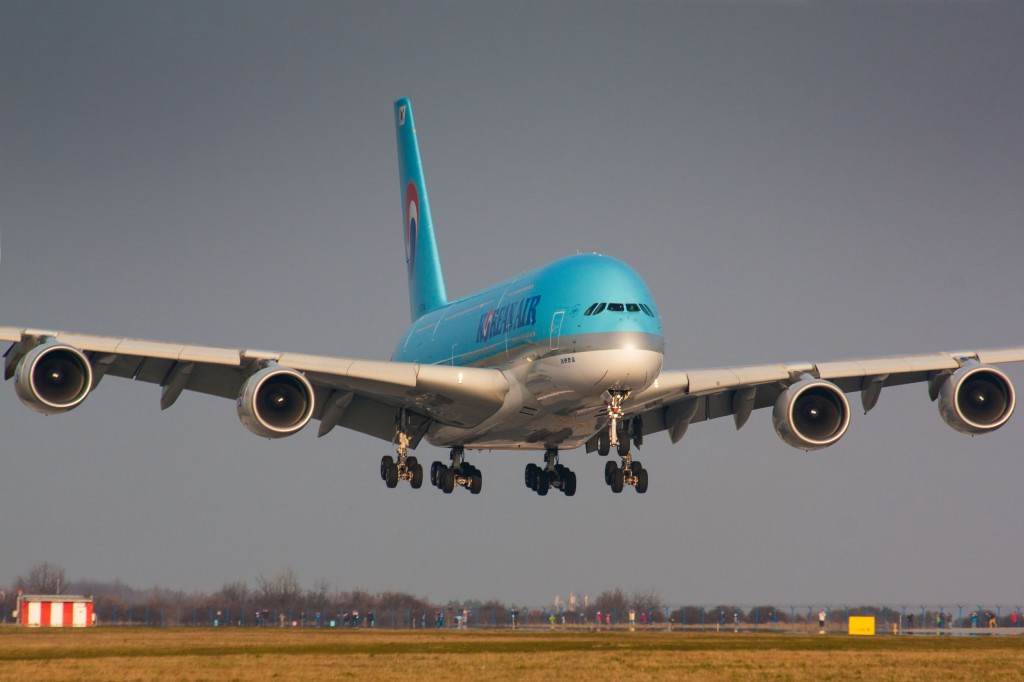 It is not unprecedented but unusual that Korean Air has turned to social commerce stores to sell tickets in large numbers, especially for the Seoul-Jeju route which is heavily dominated by low-cost carriers. (image: Kobiz Media / Korea Bizwire)

Flight tickets for the Seoul-Jeju route were seen on sale Tuesday at online social commerce sites such as TMON, WeMakePrice and Coupang. The ticket prices are in the relatively cheap 30,000 won (US$27.36) range. The carrier has been changing sites after three to four days.

Industry sources estimated that about 20,000 tickets have been sold through TMON since last week, with more than 10,000 tickets also sold via WeMakePrice and Coupang.

It is not unprecedented but unusual that Korean Air has turned to social commerce stores to sell tickets in large numbers, especially for the Seoul-Jeju route which is heavily dominated by low-cost carriers.

The move is seen as an effort by Korean Air to lure customers away from the budget carriers, which have been chipping away at its dominance in domestic flight services. It also comes amid worries that customers are shunning Korean Air after the so-called “nut rage” incident that has tarnished its image among travelers.

Cho Hyun-ah, the eldest daughter of the airline’s chairman, is on trial for endangering aviation safety after she ordered a senior crew member to deplane, angered that her macadamia nut snack was served in an unopened bag instead of on a plate. The Dec. 5 Seoul-bound flight out of New York had to return to the gate so that the crew member could get off.

On Monday, prosecutors sought a three-year prison term for Cho.

Experts say that the incident tarnished the image of Korean Air, which led many travelers to pick other airlines for their travel.

In December, Korean Air transported a total of 482,000 passengers through its domestic lines, down 6.6 percent from a year earlier. In contrast, Asiana Airlines, the second-largest air carrier, said its domestic flight customers increased 13.2 percent.