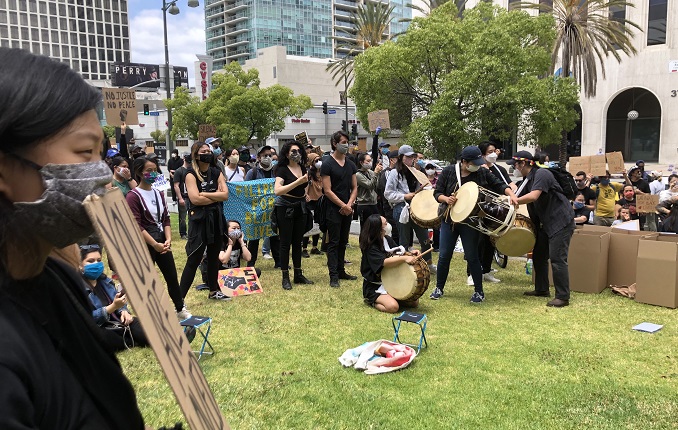 Attending the rally were about 800 residents of diverse races and ethnic groups. (Yonhap)

Attending the rally were about 800 residents of diverse races and ethnic groups.

The atmosphere of the rally, however, was led by a group of Korean Americans who delivered passionate speeches calling for police reform and an end to racism.

“Just like African Americans, Korean Americans are also minorities living in the U.S. I joined this rally to provide support to the protests sparked by the death of George Floyd who was killed by police violence,” a young Korean American said. 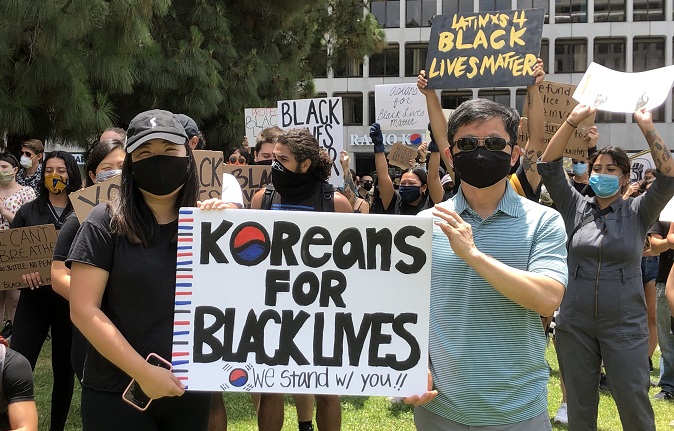 “I have lived in Los Angeles for 48 years and experienced the riots in 1992. I couldn’t understand why we had to suffer innocent damages 28 years ago. But now I have realized that solidarity is the only way to protect our safety,” another Korean American man in his early 60s said.

After Korean Americans voiced their commitment to support for the BLM protests, an African American woman took the microphone to convey her appreciation.

“I grew up thinking that Koreans were ‘ugly Koreans.’ I thought they were selfish and only cared about money. But after attending today’s rally, my perception about Koreans has totally changed,” she said.