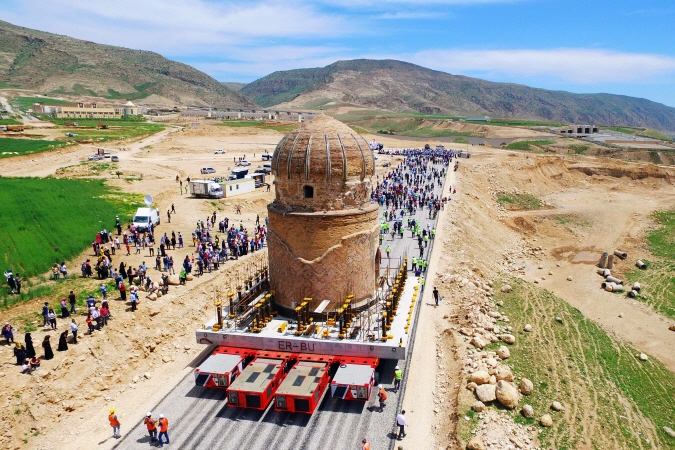 SEOUL, Dec. 26 (Korea Bizwire) — CJ Logistics Corp., a major South Korean logistics firm, said Thursday it completed the relocation of historical structures in Turkey to prevent them from potentially being submerged by a dam project.

The Hasankeyf project, launched in 2017, involved transporting 23 units of ancient structures aged well beyond 500 years from Hasankeyf in southern Turkey without disassembling them to a safer place where they aren’t at risk of being submerged, according to CJ Logistics.

The town is well known for its rich historical remains. The company said it decided to relocate the pieces without disassembling them to minimize damage to their historical heritage.

The pieces, delivered by Dubai-based affiliate CJ ICM, were relocated to a park located 4.7 kilometers from the site by self-propelled modular transporters.

The combined weight of the ancient pieces transported is estimated to hover above a whopping 12,000 tons.

Some of the major pieces relocated include the 1,150-ton Zeynel Bey Tomb and the 2,350-ton Er-Rizk Mosque, as well as the 1,500-ton Artuklu Bath, according to the company.

The company said the entire process of the delivery was carefully calculated by its team of experts to maintain balance and reduce vibration.

The project was aimed at saving the buildings from being submerged due to the ongoing construction of a hydroelectric power plant in the area.