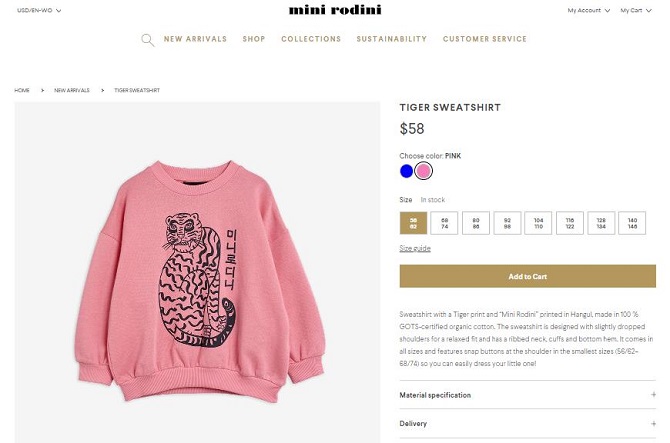 Mini Rodini, a Swedish fashion brand for children popular in South Korea for its unique, colorful patterns, recently released a series of new clothes for spring and summer, each inscribed with a Korean letter.

Using Korean letters for fashion design is still in its infancy, but a number of global fashion brands have begun to use them over the last few years.

Many in the fashion industry credit Chanel’s Korean letter design unveiled at the Chanel cruise 2015 show at Dongdaemun Design Plaza in central Seoul with sparking interest in Korean letters among fashion brands.

“The Korean Wave is being instilled into foreign fashion brands,” a fashion industry official said. “It doesn’t stop at K-pop. Foreign brands are eyeing Korean letters as a source of unique design.”