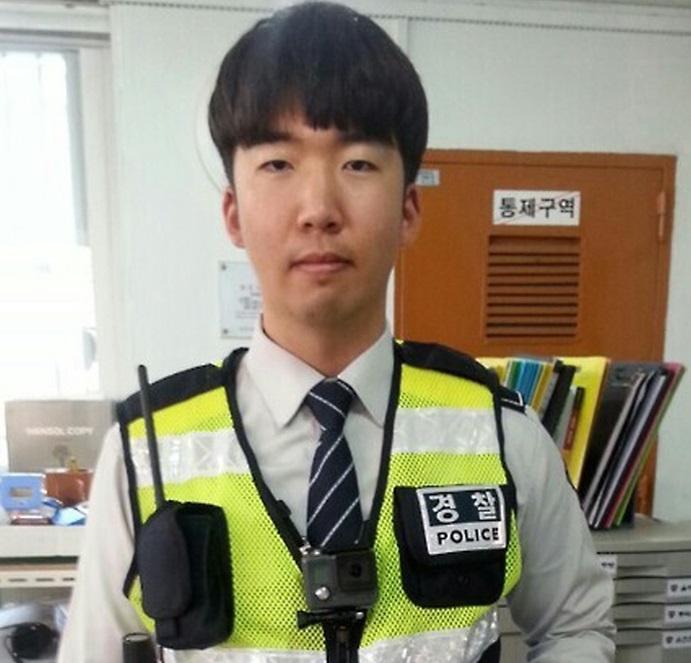 Body-worn video systems have been introduced to Korean police officers for the first time. (image: Yonhap)

GUNSAN, May 26 (Korea Bizwire) — Body-worn video systems have been introduced to Korean police officers for the first time, as four of the cameras were put into use by the Gunsan Police Station on May 7.

The body cams will work as personal black boxes providing footage of evidence for crimes or documenting excessive police force.

A Gunsan police officer said that some offenders resist violently when they are apprehended at sites that don’t have any CCTV camera coverage.

The officer added that when suspects are notified that their actions are being recorded by a body cam, they tend to cause fewer problems.

The Gunsan Police Station will try to minimize any violation to citizens’ privacy by strictly notifying people when they are being recorded, and applying strong restrictions to usage of the footage.

Officers at the station will also be educated about managing and destroying footage.

Bae Sang-Jin, chief of the daily-safety department at the Gunsan Police Station, said that the use of body cams in other countries is reported to have had a positive impact on managing offenders who are drunk or resisting arrest.