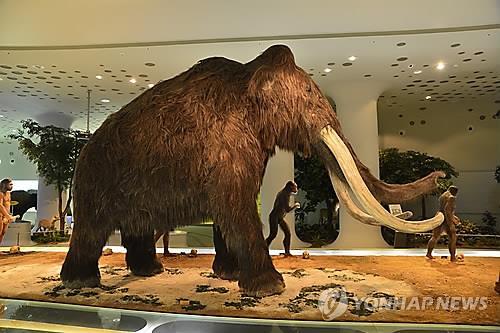 Recently, Professor Park made an astonishing scientific discovery by successfully reanimating the somatic cell nuclear transfer (SCNT) embryo of a mammoth, which represents the core technology of the cloning procedure, with a tissue specimen offered by Hwang. Now, the two are claiming ownership of the technology. (image: Yonhap)

Recently, Professor Park made an astonishing scientific discovery by successfully reanimating the somatic cell nuclear transfer (SCNT) embryo of a mammoth, which represents the core technology of the cloning procedure, with a tissue specimen offered by Hwang. Now, the two are claiming ownership of the technology.

Hwang’s bid to clone a mammoth goes back to 2012, when Sooam BRF and Russia’s North Eastern Federal University signed an MoU. Since then, they have been pursuing the cloning of a mammoth using tissue from a dead animal preserved in the frozen land.

As has been the case with other cloned animals, Hwang tried to make a mammoth by reanimating the SCNT embryos made from body cells of the mammoth and egg cells from elephants. The core technology for cloning is to culture cells from frozen mammoth tissue, much like dinosaurs are cloned in the blockbuster movie Jurassic Park.

However, the research team led by Hwang has not achieved any remarkable results in reanimating the embryos. So, the team asked other research groups to culture the cells, and Professor Park succeeded in the reanimation and cell differentiation of the mammoth embryos.

Park claims that Sooam did not stipulate any limits on the ownership of research results, and argues that it is his team’s culture technology that made the cell restoration possible.

Hwang, however, countered that all research results should belong to him, as the ownership of the mammoth tissue is clear, and it was Sooam that gave the tissue samples to Park’s team to study in the first place.

Finally, as they failed to arrange any compromise measure, Sooam BRF and the Russian university accused Park and other researchers of embezzlement and attempted extortion.

In biotech circles, observers see the legal battle as an uncommon case.

A scientist said, “If it is true that they succeeded in reanimating the cells from the mammoth tissue, it is an astonishing result that can come into the spotlight from science circles and the media regardless of the success in cloning an actual mammoth. The two sides need to cooperate for further achievement in mammoth cloning, and not focus their energy on legal battles.”