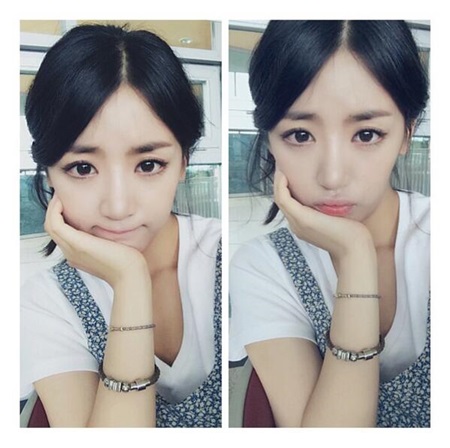 EunB, 21, one of the five members, was killed in a car accident. (image: EunB/Twitter)

SEOUL, Sep. 4 (Korea Bizwire) – Ladies’ Code, a Korean K-pop girl group, was involved in a fatal car accident in the morning of September 3.

EunB, 21, one of the five members, was killed. Other members, Rise and SoJung, suffered severe injuries, while the other members, Asheley and Zuny sustained minor injuries. It is reported that the car’s back wheel came off on the rainy road while they headed back to Seoul after their performance in Daegu.

Korean pop stars have always been exposed to car accidents since they have worked under busy schedules. In order to make time to do a next schedule, they have no choice but to drive too fast. Many K-pop stars including Super Junior, Secret, and 4Minute have actually met with car crashes, getting seriously injured in the past.

Over again, the “punishing” schedules many K-pop idols — mostly in their early 20s — have to take on, have rekindled the locally controversial debate whether or not any dramatic acts should be introduced to stem this kind of accidents happening once again.

In fact, the “Popular Culture & Art Development Act,” was decreed on December 31 of 2013 and enacted from July 29. According to the act, minor-aged actors under the age of 15 are prohibited from “long night shootings,” which is filming through 10 pm to 6 am of next day and are not be able to work for more than 35 hours in a week.