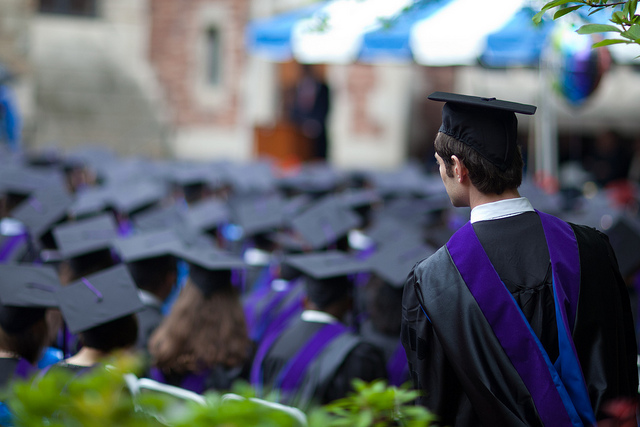 The dropping number of applicants for LEET shows that law schools are becoming a less and less attractive option for students. (image: pamhule/flickr)

SEOUL, July 22 (Korea Bizwire) – Unlike in the past, law schools in Korea are losing its popularity. Fewer students are knocking on the doors of law schools due to high tuitions and the fact that law credential will not guarantee a safe career path. On the contrary, pharmacy schools are streaming with applicants.

According to the Korean Association of Law Schools and the Korean Association of Pharmacy Education on July 20, the number of applicants for this year’s Legal Education Eligibility Test (LEET) has decreased by 388 (3.7%) compared to that of last year. On the other hand, the applicant number for Pharmacy Education Eligibility Test (PEET) has surged in this year; total of 15,592 people have applied to take the exam, which is the highest number of applicants ever.

“An average of 15 million won (about US$14,598) per year is required for 3-year law school tuition, but law school degree will not itself guarantee admission to the bar. And even having passed the bar exam will not mean securing stable jobs and career, thus the reasons why law schools are becoming less inviting.”

LEET and PEET are both used as entrance exams for Korea’s law schools and pharmacy schools. For one to practice law in Korea, there are currently two ways to acquire the qualification: passing the public judicial exam, which have been the conventional way until the introduction of a new law school system in 2009, and graduating from law school and passing the bar exam will both grant you admission to the bar.

The dropping number of applicants for LEET shows that law schools are becoming a less and less attractive option for students. Even amid the number of draftees through the public judicial examination is decreasing since the implementation of the law school system in 2009, the number of applicants for LEET took a downturn this year anyhow. The entrance quotas for law schools and pharmacy schools are 2,000 and 1,693 each, and admission rates are 4.4 to 1 and 9.2 to 1, respectively.

A director of education evaluation department in Etoos Cheongsol, Korea’s major graduate examination prep service firm, said, “An average of 15 million won (about US$14,598) per year is required for 3-year law school tuition, but law school degree will not itself guarantee admission to the bar. And even having passed the bar exam will not mean securing stable jobs and career, thus the reasons why law schools are becoming less inviting.”

On the other hand, pharmacy school’s popularity is skyrocketing at the same time. This is mainly due to the full-fledged implementation of recently reformed system for pharmacy schools, so-called the “2+4 system,” which made any students who have completed over 2 years at undergraduate level to be eligible for applying for pharmacy schools. These students are allowed to transfer to a pharmacy school as a junior under the system.

The director added, “In contrast to law school graduates, most of pharmacy school graduates are guaranteed of employment and PEET takers carry less risk compared to LEET takers, as they can just go back to their previous school if they fail thanks to the ‘2+4 system,’ which is why the applicant number for pharmacy schools is surging.”

There are growing concerns, however, regarding a growing wave of students in pure science transferring to pharmacy and therefore causing desolation in the field of study. Since the exam is tested on general chemistry, organic chemistry, physics and biology, students who major in these subjects have advantages over others. As a result, between 20 to 30 percent of top universities’ biology and chemistry students are slipping to pharmacy schools.

Professor Jin Jeong-il, a chemistry professor in Korea University, said, “Concerned voices are growing that universities’ chemistry and biology departments are turning into stepping-stones on a way to pharmacy schools for our nation’s top science students. Reassessment of the 2+4 system is urgent as continuation of such a trend will eventually lead to deterioration in basic science fields in universities”