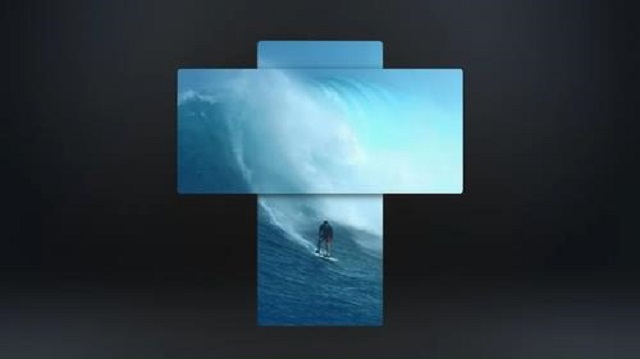 This image, captured from LG Electronics Inc.’s video for its new smartphone launch event, shows a phone with a T-shape design.

SEOUL, Sept. 4 (Korea Bizwire) — LG Electronics Inc.’s new smartphone with a rotating form factor will be called “Wing,” with its price expected to be over 1 million won (US$840), sources here said Friday.

LG confirmed the upcoming dual-screen smartphone will have the same name as its project name, according to the sources. The South Korean tech firm reportedly had a list of names for the product, including “Swing,” but decided to go with “Wing.”

LG’s new smartphone will be unveiled on Sept. 14. In a video invitation for the launch event, LG showed that the handset’s main display could rotate clockwise to reveal a secondary screen under it and create a T-shape design.

LG has yet to confirm any specifications of the new mobile device, but foreign tech reviewers expected that it will have a 6.8-inch main panel and a smaller secondary screen of around 4 inches.

They also predicted the new LG phone will have a triple camera setup, with a 64-megapixel main sensor.

They expected the device to be sold with a price tag of over 1 million won in South Korea as it comes with two displays.

LG said the upcoming device is made under its new smartphone initiative, Explorer Project, which aims to deliver distinctive and unique user experiences.

Under that initiative, the industry speculated that LG could unveil a smartphone with a rollable display next year.