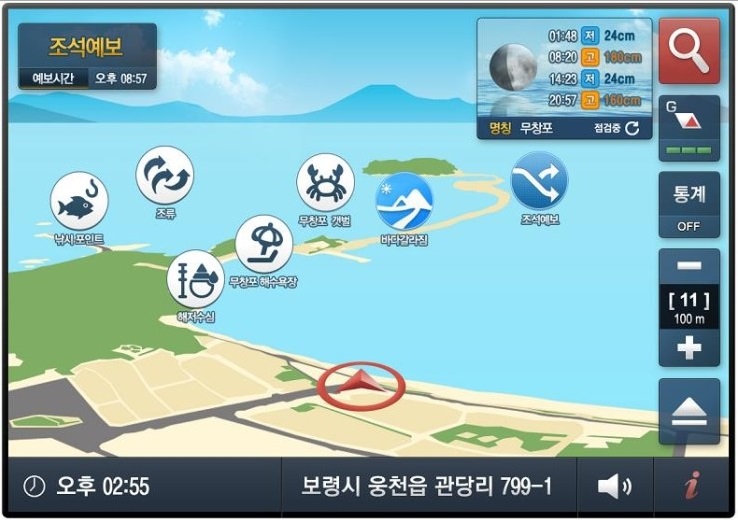 SEOUL, June 29 (Korea Bizwire) – From now on, a car navigator can tell you much more than road information. For example, if you type in “Jebu Island” to get to the island south of Incheon through the causeway that’s submerged on a rising tide, the navigator will give you detailed information on road opening time and whether you can go to the mud flat on a low tide, as well as how to get there.

The Korea Hydrographic and Oceanographic Administration signed on June 25 an agreement with Thinkware Systems, the company that has developed the “iNavi” navigator, to develop jointly a new navigation system that shows coastal road conditions and oceanographic information.

Under the terms of the pact, the state-run agency and Thinkware will launch a navigation system for cars until the end of this year, followed by models for use with both vehicles and boats until next year.

Separately, the agency is working with SonarTech, the company specializing in sonar products for fishermen, to develop a fishing information app. The newly unveiled smartphone app will integrate the information held by the administration on the coastal seas’ temperature, currents, and water depth into SonarTech’s existing sonar equipment.

Earlier the administration, in partnership with educational mapmaker Seojeon Globe, had launched the “Oceanographic Smart Globe” that contains detailed information on Korea’s undersea topography and the flora and fauna under the sea including that of Dokdo.