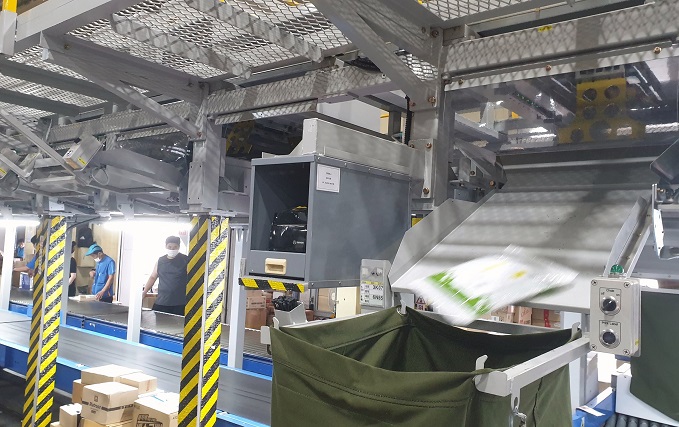 Unlike previous logistic terminals that were run on a single assembly line regardless of the size of the parcel, the new Multi Point (MP) system separates larger parcels to be processed on the first floor of the terminal, while smaller ones are processed on the second floor.

Parcels smaller than 100 centimeters in width, length, and height combined account for nearly 87.3 percent of all parcels at CJ, providing an incentive to the logistics industry to boost the efficiency of handling smaller-sized parcels.

The system skips the tedious process of re-categorizing parcels at a hub terminal in each region.

Normally, parcels are sent out from a central terminal to a regional hub, after which they are sent to local delivery terminals based on the delivery destination.

The new MP system, however, automatically categorizes parcels at the central terminal to be sent directly to local delivery terminals.