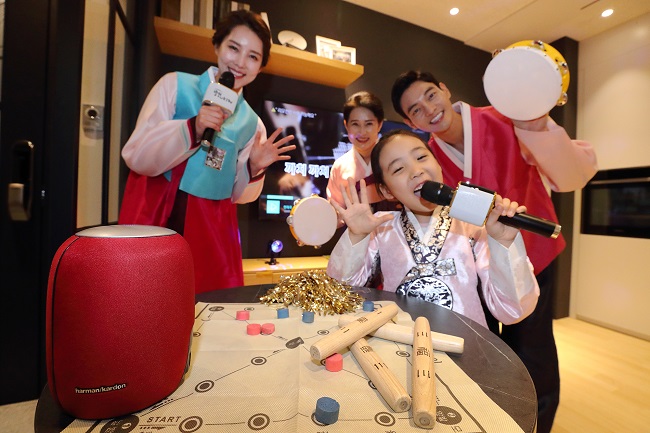 A government ban on assembly of more than five people and travelling restrictions led many single or double-person households to stay home, instead of visiting their hometowns, leading to an increased usage of home entertainment systems and media access.

Usage of TV controls, employed by a majority of Giga Genie users, jumped by 36.1 percent.

Home entertainment systems, too, spiked in terms of usage over the holidays.

Usage of karaoke services jumped by 248 percent and home training services by 161 percent over the holidays compared to last year.

Usage of audiobooks for children jumped by 105 percent, and Pinkfong’s good job series jumped by 93 percent.